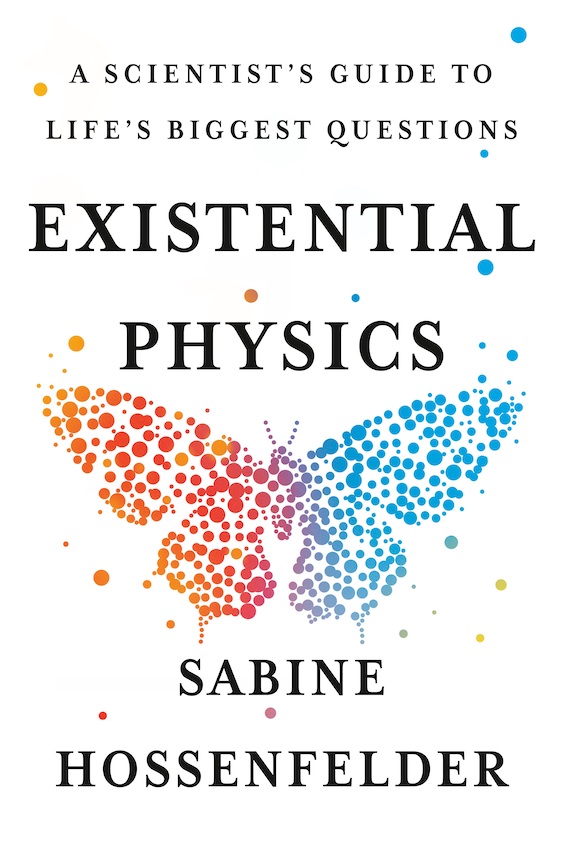 A contrarian scientist wrestles with the big questions that modern physics raises, and what physics says about the human condition.

It’s not about the answer, per se, but about understanding the question. Sabine Hossenfelder, a theoretical physicist, self-proclaimed heathen and agnostic, mother of two, and research fellow at the Frankfurt Institute for Advanced Studies, Germany, seeks to better understand those questions. Sabine, who has a Ph.D. in math, has published over eighty research articles about the foundations of physics, in which she states, ‘physics is a science, although there’s plenty of math.’

When a man approached her and shyly inquired about the possibility of his grandmother still being alive—in some form—because of quantum physics, it gave her pause. He’s not totally wrong, but is he right?

I, too, have wondered this. If matter merely changes form, then it doesn’t exactly disappear. Where does it go? Is this all an illusion? Is there an equation that can bend time, transposing past with future with present? And how much can we possibly know? Are we supposed to know everything? What about free will and existentialism? How does science, human nature and religion triangulate? Do they?

In EXISTENTIAL PHYSICS: A Scientist’s Guide to Life’s Biggest Questions, released by Viking in August 2022, Hossenfelder indicates that science and religion have the same roots, “They tackle many identical questions: where did we come from? How did we get here? How much do we know?” Here she turns to physics, the study of matter and motion through time and space, to answer these questions, stating that, “Physics has come the closest to answering these questions.”

But again—being the slight contrarian myself—I challenge ‘the question’ in general. Why are we asking it? What do we hope to gain? Will it affect—or change—the way we live our lives? Otherwise, the questions transform into only an interesting intellectual pursuit or a mathematical equation.

I recently had the opportunity to chat with Dr. Hossenfelder about her book and found so much to absorb, and possibly, more questions than answers, which is exactly what a scientist does.

Leslie Lindsay: Much of the content of Existential Physics is you as scientist-expert-author discussing these ‘big questions,’ but occasionally, you’ll offer an interview of a fellow scientist to ‘break up the text.’ As you have begun nearly all of these interviews with the same question, I am going to throw it back to you: are you religious? And does it matter?

Sabine Hossenfelder: I’m not religious in the sense that I am not, and have never been, part of any religious group. I think the reason is that I don’t need explanations for everything. I’m fine with saying there are some questions we don’t have answers to, and maybe we never will never have answer to them, and leave it at that. I guess I just have no use for religion. But I also don’t have a problem with it. Some people want explanations beyond what science can deliver and so religion enriches their life, and that’s fine with me too.

I like to ask this question because a lot of physicists answer it with “I’m not religious, but…” and after the “but” comes the interesting part. When physicists try to explain the unexplainable, they do it with the tool they know and love, which is mathematics. So, many of them have math-based believes. I find this fascinating. It’s like a modern form of religion, really. In the interviews I did for my book you find some examples.

Does it matter? Since one of the themes of my book is the conflation between science and religion, I think it’s relevant context for the reader.

“When physicists try to explain the unexplainable, they do it with the tool they know and love, which is mathematics. So, many of them have math-based believes. I find this fascinating. It’s like a modern form of religion, really.” — Sabine Hossenfelder

LL:  You felt compelled to write Existential Physics after a man approached you and asked about quantum mechanics—the fact that maybe, perhaps his grandmother was still alive, albeit, in a different form—because of this. You wanted to clear up some of the misperceptions, the ‘gobbledly-gook’ of the scientific world, make it relatable. Your YouTube channel also helps break-down and demystify physics. Can you talk more about your motivations in writing Existential Physics. Was there a question you were seeking an answer to?

SH: In the past century, we have learned such a lot from physics about how the universe works, and some of it weaves into questions that I can only describe as existential, hence the title of my book. Does the past still exist? Do we have free will? Does the universe think? I want the reader (and also my YouTube followers) to understand how much we know, and how much is just speculation. And also, sometimes, what is just plain nonsense.

I think I’m mostly driven by the question how much we can know. Is there a limit? And specifically, how much can mathematics do for us? I think this is why I’ve had a hard time fitting into academia: I’m more interested in what mathematics can tell us about the world, than in the particular types of mathematics that physicists happen to use at the moment.

LL: Much of what I found in Existential Physics is that as humans, we have questions, worries, emotions, and this desire to connect—with one another, with nature—that our existence transcends the passage of time. Can you explain a bit more by what you mean when you say we are and always will be—children of the universe? Does this mean that we don’t age? That we are forever curious? Does it mean that perhaps our questions and quandaries evolve as we do?

SH: The universe gave birth to us, and I mean us as a species, but also each of us individually. We’re built from particles that were created in the early universe, held together by the four fundamental forces. And it presently looks like the laws of nature change the universe and its content, but they never erase any information about it – they just reconfigure it. The possible exceptions to this are black holes (the “information loss problem”) and measurements in quantum mechanics (the “measurement problem”). Both of these cases are controversial, so at present it’s a perfectly science-compatible belief that the information that makes you “you” was imprinted in the initial conditions of the universe and it will never be erased.

This doesn’t mean we don’t age or don’t change – of course we do. Indeed, when we die we change so much that the information about us becomes for all practical purposes inaccessible to any other human. But if you trust physics, it’s still there, somewhere, and will forever remain there. 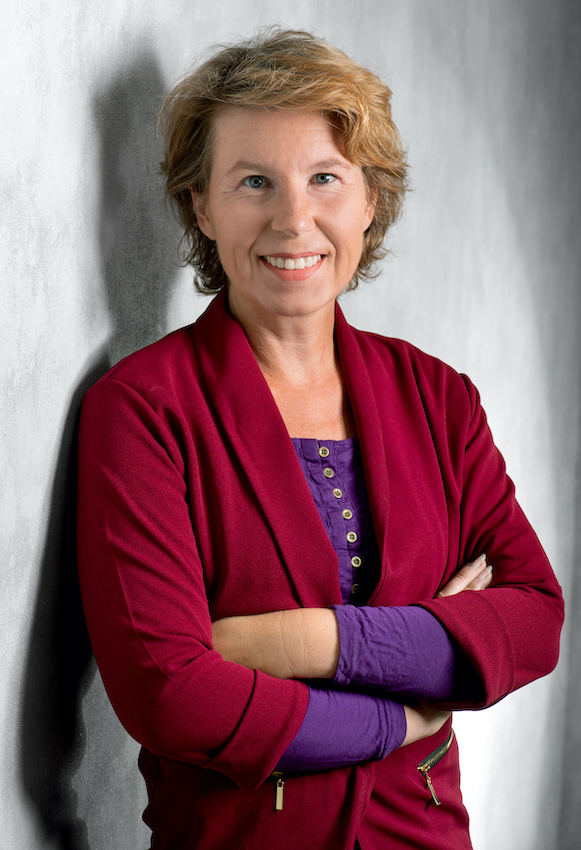 LL:  Maintaining function, including consciousness and identity is part of being alive, but what about behavior and emotions? They are not always predictable—or are they? What might physics say?

So what does physics bring to the table here? I think in this case physics helps pin down the questions we need to answer first before we can tell whether it’s possible to predict human behavior.

“I think every once in a while it’s worth pausing to acknowledge how amazing it is that we’ve learned so much about the universe.” — Sabine Hossenfelder

LL: Can you enlighten us a bit on the concept of free will? You claim in Existential Physics that it doesn’t really exist. If that’s the case, then outcomes are fixed? Am I understanding that correctly?

SH: For me the phrase “free will” makes no sense and I prefer to just say it doesn’t exist. But of course it depends on what you mean by “free will”. In the end it’s a matter of definition. If you define free will to be a banana, then sure, free will exists.

So what I did in the book was to lay out what physics is relevant for the question of free will without using the word free will. I explain that for all we currently know, the future is fixed by the past, except for random quantum events that we cannot influence. Whether you think this leaves room for free will is then up to you.

The outcomes of our actions are not fixed by the past because of this quantum randomness. This is assuming that quantum mechanics is correct of course. If it is correct though, the outcomes are indeed fundamentally random, i.e. indeterministic, which means that nothing influences them, in particular not your free will, whatever you mean by that.

As you see, the way that it goes with science is that there are no easy answers. It’s always a bundle of ifs and thens and buts.

LL: I want to end on this idea that science is really about observation—it explains what humans observe in the world—but maybe not always the why. There’s an innate thirst for knowledge—as individuals and as societies. Is science—and this book—a way to make sense of the ourselves and our place in the world? In writing it, were you better about to find yourself?

SH: I went into physics because it struck me as the best way to understand how the universe works, and that includes some aspects of our existence. Of course physics doesn’t have much to say about things like, say, the origin of life, or human culture. But it does speak to big, old questions like Where do we come from? What are we made of? What changes? Physics is full with deep insights about these questions. But when you work in the field, you have to get used to it and move on, otherwise you can’t do research. I think every once in a while it’s worth pausing to acknowledge how amazing it is that we’ve learned so much about the universe. So I wrote this book to remind myself of this, but of course also to share it with others. 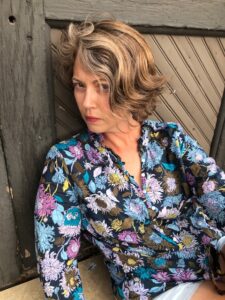 Leslie Lindsay’s writing has been featured in The Millions, The Florida Review, The Rumpus, ANMLY, The Tiny Journal, Essay Daily,Hippocampus, Psychology Today, Mutha Magazine, Ruminate’s The Waking, Visual Verse, Manifest-Station, Literary Mama, Pithead Chapel, Cleaver Magazine, Motherwell, Flash Frog Literary, Agapanthus Literary and A Door = Jar, with forthcoming pieces in Levitate and Brevity. Her memoir. MODEL HOME, is currently on submission with Catalyst Literary Management. She was recently accepted to the Kenyon Writer’s Workshop and has participated in Kathy’s Fish’s The Art of Flash. She resides in the Greater Chicago suburbs and is at work on a memoir exploring ancestral connections. She is a former Mayo Clinic child/adolescent psychiatric RN and can be found online at Twitter, Instagram, or her website.