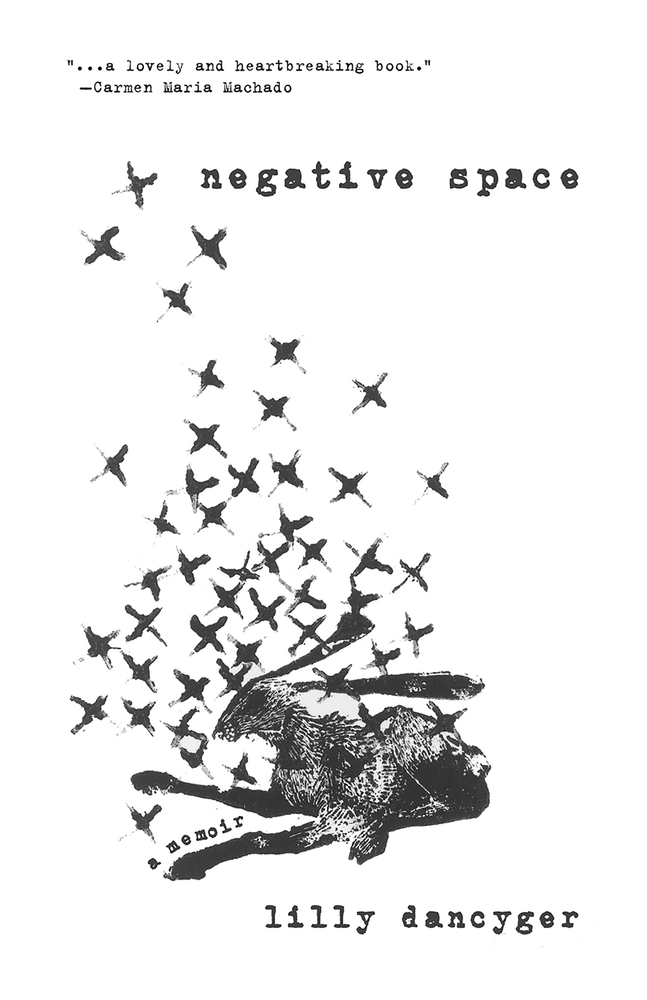 Negative Space by Lilly Dancyger (Santa Fe Writers Project, 2021) is a dual memoir that creates a complex conversation about truth and the fallacy of memory. Through art critiques, interviews, and personal memories, Dancyger attempts to answer questions about her late father—and herself. In doing so, she creates a heartbreaking story about a father and daughter that is as inescapably linked as their relationship.

One of the most compelling aspects of Negative Space is Dancyger’s interrogation of a core belief she has held tightly to for all of her life—that she had a happy and fulfilling childhood until the untimely death of her father, the artist Joe Schactman. But as she tries to rekindle a relationship with her late father, by learning about his art and life, that core belief starts to fray: Was her childhood as happy as she remembers it?

Schactman, an artist in the 1980s East Village scene, created provocative, gritty art and lived an iconoclastic life similar to his art. He passed on his artistic eye and creative mind to his young daughter, Lilly, who was with him everywhere he went; at art exhibits among artists and critics, at his studio among found objects and dead animals, at bars among addicts. When Schactman dies, just a few years after her mother leaves him, Lilly assumes her father’s rebellious nature and spews it out as she navigates coming of age without him.

Dancyger flawlessly weaves these two memoirs—the story of her father, the artist Joe Schactman and Lilly’s father, with the story of Lilly, grieving child and investigative writer—by stepping in and out of the different timelines. As the timelines change, Dancyger steps into different points of view as if she is really three different characters: Lilly the child, Lilly the adult, and Lilly the writer. The brilliant use of time and point of view as literary devices propels the reader forward building intrigue and excitement. As Dancyger pieces together the underbelly of her father’s life, she summons new perspectives on herself and new depth to their relationship.

One of the most endearing threads in Negative Space, is the relationship between Dancyger and her mother, Heidi. Dancyger casts Heidi as the enemy for most of Lilly’s teenage life—for leaving her father, for moving away from New York, for not being her father. Yet, as she endlessly pursues her father as an adult, what Lilly also finds is her mother. Heidi, the unsung hero of the story, is like a feminist role model: creating boundaries as she deals with trauma, keeping her child despite her partner pushing for an abortion, dancing to make money for her family, leaving the love of her life to provide a better life for her daughter, getting clean for her daughter, and waiting patiently while her daughter develops the wings she needs to return home.

Negative Space is a brilliant and captivating memoir about love, loss, and living a creative life. Artwork, photos, and beautifully written prose come together to create a compelling and dynamic memoir. 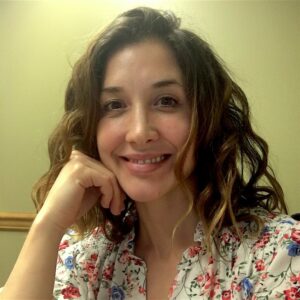 Aurora Bonner is an environmentally-inspired writer and teacher. Her work has been published through national and regional publications, including Under the Gum Tree, the Colorado Review, Assay, Brevity, Hippocampus Magazine, and in the anthology Dine published by Books by Hippocampus. She holds an MFA in Creative Writing from Wilkes University.