The thing about chronic back pain isn’t just that pain, which of course is sharp, and feels like someone is sawing your spine in two. No, it’s about what happens when you’re not in pain. When you’re not in pain – whether it’s because that day your spine decided to align itself properly and you woke up standing relatively straight, or because the copious drug cocktail you concocted alongside the awkward stretches you do seem to be working – you know it’s going to last max a few hours, so you need to get every damn thing in.

So, you’re productive. You clean your apartment, you take out all the trash that’s been accumulating because normally you can’t bend in half to pick up the trash bag and walk it to the apartment garbage room. You collapse the recycling with vigor and revel in the smell of card box and Amazon tape, feeling some guilt for Prime-ing your groceries all week. But really, you spent all of the previous day lying in bed with an itchy ass crack since your spine wouldn’t allow you to reach around and wipe sufficiently, so how could you even get up to get groceries, guilt be damned.

The next hour you spend getting ready because you really need to feel beautiful. You need to feel like you mean something, that you’re more than the pain-addled, drugged up person who can’t find a comfortable spot to read in bed so you just stare at the wall because even lifting your head to watch a show on your iPad feels like someone is ripping your muscles apart. You spend that hour getting hot – you swipe and re-swipe on that lipstick and you find the smallest black dress you can. You slip into your heels – you know your back will kill you for this later, but you have to live in the moment because chronic pain makes you treat pain-free hours like a high you have to chase.

You appraise yourself in the mirror. You don’t look like a crooked broken-backed Quasimodo. No, you look like your old self, the one who could dance from sundown to sunup. The one who could fuck in every position under the sun because you could fold your legs behind your ear. The one who could sit for hours writing, stand for hours presenting, the one who was the life of every room, the one who could be rung up to go out on an hour’s notice, who didn’t need four hours to warm up her back and take four Naprosyn, four Ibuprofen, two Hydrocodone and several other unpronounceable opiates, just to get out of bed.

You make for the door, tonight’s gonna be fun. You’re going to bring home the dumbest, tallest, strangest man from the bar, and you’re going to fuck him on the cold, hard floor. Your back will have its revenge on you tomorrow, but tonight, tonight’s for the girl who used to be you.

And then you feel that familiar twinge, in your ankle and your lower back simultaneously. The drugs are wearing down, no no you just got dressed, you look like a million dollars, it’s gotta be the damn shoes, so you kick off the heels and change to flat boots, but there’s that twinge again, running up and down the leg and you feel your body crook its way back to its crooked normal, you try to straighten but there’s that shooting, stabbing hurt, no longer a twinge, and you reach for the pill bottle but you know it’s too damn late, the enemy’s at the gate and you can’t stop it with some pills, it’s like throwing a cup of water on an arson’s fire, and soon you’re doubled up in two on the apartment floor within reach of the front door, so you drag yourself into bed, peel off the black dress before it gets to a point where you can’t even maneuver that, you crawl into bed face-down, red waxy lip all over the grubby pillow crusted with drool but who cares anymore, the pain’s back and it takes you, rolling through you like a wave, and you’re drowning and you’re screaming and it hurts and you stare out the window, remembering the person who almost made it out the door. 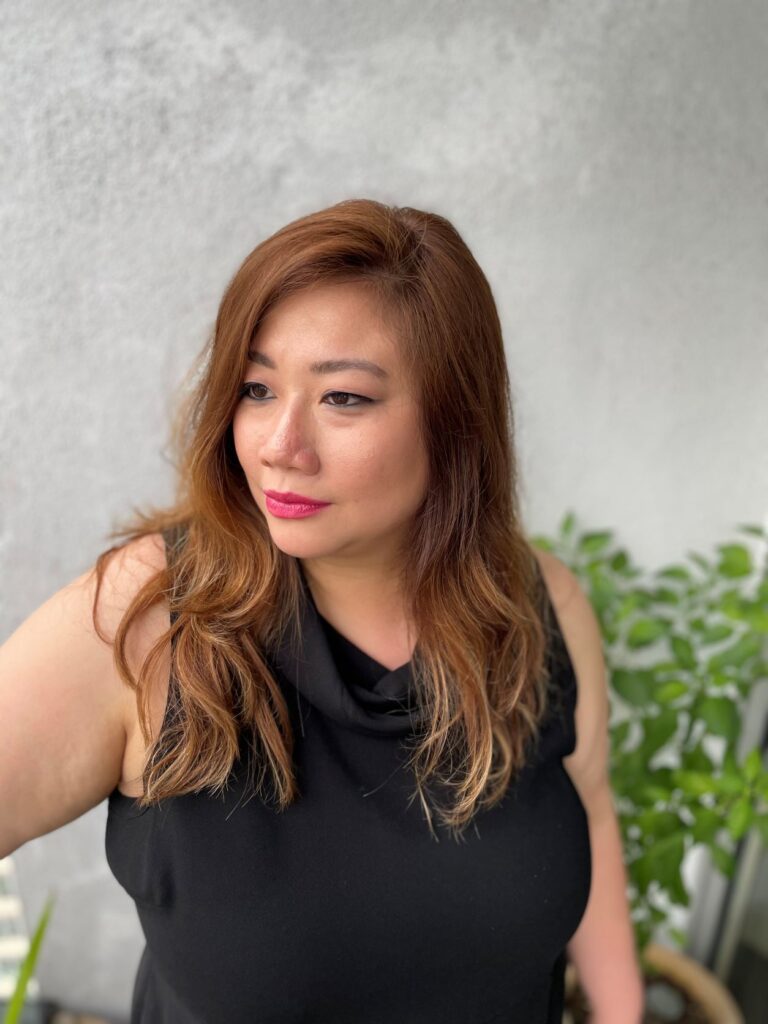 Vanessa Chan is a Malaysian writer. Her work has been published or is forthcoming in Conjunctions, Electric Lit, Ecotone, Best Small Fictions, and more. She’s a fiction editor at TriQuarterly, and she has received scholarships from the Sewanee, Bread Loaf, and Tin House writers’ conferences, among others. She is at work on a novel and a story collection. You can find her at www.vanessajchan.com.