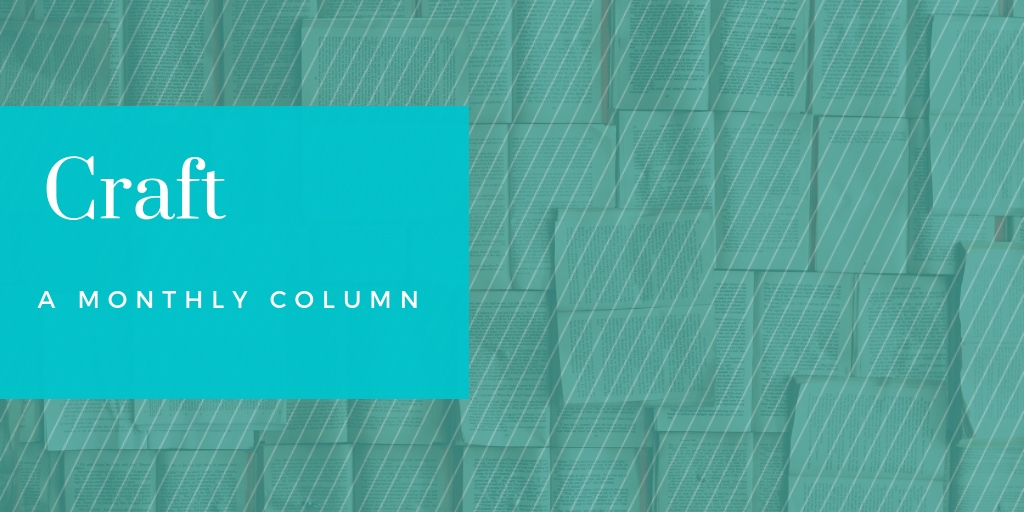 I sat diagonally across a long dinner table from one of the most recognizable musicians of all time. Star-struck, eager to say anything to him—anything—and have his attention for just a moment, I stuttered, “What’s that?” and pointed to his necklace. “What animal tooth?” So articulate, I know.

And that, my friends, was my exchange with Neil Young. A friend’s friend sang backup at his concert at Madison Square Garden, so we’d been allowed backstage, and then a van took us to PJ Clarke’s for an intimate dinner with Neil Young’s family. I just happened to be seated across the table from him. Drool!

I was inspired by linguist Deborah Tannen’s 1989 book, Talking Voices: Repetition, Dialogue, and Imagery in Conversational Discourse, to begin recording conversations. Tannen studied hours and hours of recorded conversation and analyzed the “speech-acts” or techniques people use to create involvement while speaking. As writers, we can apply the lessons of her work to writing engaging dialogue.

Transposing taught me more about the structure of natural spoken language than any advice on the subject of writing good dialogue did. Transposing conversations and monologues taught my body the intricate patterns of spoken language by linking my auditory cortex and my motor cortex in the act of handwriting.

The initial capture is more faithful with a recorder than with pen and paper. In the field, using a pen is more convenient than a laptop but not as good as a recording device. A device is discreet, portable, and works in any light, so it is great for capturing speech during events, bus rides, and various immersive experiences. The most important thing to a writer is the moment; but, to capture an experience as it is happening is challenging—the writer has to find a flat surface to write on, look down, tap on a keyboard… There is less fiddling with a recorder.

We begin with raw material. Do the recording first. Leave interpretation for later. Analyzing conversation is so illuminating; depicting what characters are driven by and how they go about getting what they want asks us to apply our knowledge of human psychology. Someone who’d gotten to know me as loquacious would laugh at how tongue-tied I became in Neil Young’s presence. Writers may want to glaze over dialogue as a simple expository tool that breaks up the all-important narrative and entertains, but really, it adds invaluable depth to literature in all genres. The goal is to write dialogue that evokes the desired visceral response in your readers, without clunky and overtly directive dialogue tags. Creating an authentic replica of nature is the artist’s eternal struggle.

Literary dialogue won’t, and shouldn’t, copy conversation, because writing requires an economy of words and space. Just because you would say it, doesn’t mean you should write it. Avoid the words “well,” “just,” “like,” and more of what I call empty calories. We can’t faithfully recreate all the long pauses and intonations of conversation in writing, but we can use tropes artfully when we grasp the aims of the people who are speaking and convey them with engaging dialogue.

“You just need to look around at your friends and you immediately see that everyone has their own way of speaking. You need to listen to the way people speak, even if it’s the person at the corner shop or the guy that serves you cigarettes over the counter, or school teachers, or whatever. You find yourself doing this listening-in quite a lot. When I was writing Fragile Land, I did a lot of hanging around bus stops listening to teenagers and being absolutely shocked at how much they swore. Words that I’d never heard before, like ‘buff’ and stuff like that, I immediately went home and scribbled on a piece of paper, and thought, I must use that word, but I don’t know what it means. So I went out and asked people, ‘What does this word mean to you?’ and that was great fun.”

The purpose of including dialogue in your narrative is to develop the relationship between two or more characters and to reinforce what the exposition is saying. Know the power dynamic between characters, and know the purpose of your scene. What Deborah Tannen termed the “speech-act” means every utterance in conversation is itself an action. Speech is used to build rapport, to request, to persuade, to show feelings, and to establish power or solidarity. Understanding how repetition, rhythm, pauses, and other tropes in conversation directly reflect the relationships between speakers will help you write authentic dialogue that does what you want it to do in your story.

Conversing brings people together, participating in a social ritual for which there are established conventions. Whether we break from or uphold those conventions expresses meaning.

Tannen’s work focused on repetition and how it builds rapport. “Repetition is the central linguistic meaning-making strategy,” she says in Talking Voices (p. 97). One pattern Tannen illuminated in oral recordings that I think translates well into writing is what Tannen calls bounding episodes: “Episodes within a larger conversation are often bounded by repetitions at the beginning, which operate as a kind of theme-setting, and at the end, forming a kind of coda.” Listen for bounding episodes in spoken exchanges, and try to incorporate the form into your written scenes. (When you think about it, opening scenes and final scenes also act as bookends, and the structure is repeated in a kind of literary Mandelbrot set—e.g., bounding a chapter with thematic opening and closing… This gives a work of any length an internal symmetry that is pleasing to readers.)

Repetition builds involvement. Notice the various forms of repetition that people use: self-repetition, allo-repetition (repetition of others), exact repetition, paraphrase, repeating of rhythms or tones, and immediate vs. delayed repetition. Once you start studying this, you’ll notice it more readily in your conversations.

“Repetition functions on the interactional level of talk: accomplishing social goals, or simply managing the business of conversation. Some functions observed in transcripts I have studied include: getting or keeping the floor, showing listenership, providing back-channel response, stalling, gearing up to answer or speak, humor and play, savoring and showing appreciation of a good line or a joke, persuasion, linking one speaker’s ideas to another’s, ratifying another’s contributions, and including in an interaction someone who is not present. Repetition ties participants to the discourse and each other, linking speakers in conversation and in relationship.” (pp. 51-52)

Tannen talks about the “shared universe of discourse,” “mutual participation in sensemaking,” and she dissects “the metamessage level of interaction: the level at which messages about relationships are communicated.”

So, as you write dialogue, the metamessage should be clear in mind. We not only concern ourselves with what the characters are saying, but also with what is conveyed about personality and relationships. If you cannot explain or defend your dialogue’s value to advancing the plot or deepening relationships, then it might be best to omit it. Tannen says, “The exchange of insignificant details of daily life is valued for its message of rapport, of caring.” However, one of the mistakes I see writers make is including manufactured small talk in fiction narratives. Yes, you want to depict a “slice of life” that is relatable to readers, but all dialogue inserted at the beginning of a novel should be relevant again later in the book. The purpose of the first occurrence of dialogue might be to introduce a character, but nothing irrelevant to the main storyline should be introduced in dialogue.

“Dialogue for me is the fun bit. It’s the bit when the characters find their voices. I know what they’re going to say, roughly, and I know their attitudes and their internal thinking, but it’s when their voices start to come out that often those voices are bland to start with, they’re quite anodyne, you know, Jack speaks very much like Jill; but as I go on with the play, I will begin to clearly hear voices coming out and Jack develops a slight stammer or talks in more staccato sentences. This happens—and it springs, as it were—once you give him his voice.”

In the same way that theater directors won’t place a prop on stage that never gets used, we should only include dialogue that will be referred to again—this is one litmus test of your dialogue’s value in a scene.

David Edgar (another British playwright) said, “Bad dialogue is like the proverbial elephant—you can’t necessarily describe it, but you know what it is when you see it. It is dialogue that is not invested with dramatic energy.”

Conversation is ritualized. We have acculturated expectations of common sequences in conversation. Characters with quirks, or characters under the influence, or characters in the throes of emotion who break from convention will be more unique and memorable because of their divergence from expectations.

“Good dialogue for me is, of course, primarily the purveyor of character and of attitudes—often attitudes that the speaker might be unaware of—betraying a prejudice in the use and choice of words. The choice of words is very important. You should be able to identify the characters by the way in which they speak. You should be able to say ah, that is so-and-so, I know because that is the rhythm of their speech. It’s the window to their soul.”

Ayckbourn touched on the importance of subtext—especially that part where he says a speaker might be unaware of their own internal motivations. This element of humanity is a rich mine from which to extract and form written dialogue. I recommend an infinitely useful book to every writer, The Emotion Thesaurus, by Angel Ackerman and Becca Puglist. Each entry shows a primary emotion, then lists 1) physical signals, 2) internal sensations, 3) mental responses, 4) cues of acute or long-term feeling, and my absolute favorite feature of the book, 5) cues of repressed feeling.

“Cues of Suppressed Jealousy” are listed on page 103:

How to Write an Exchange Driven by Jealousy

Both a character’s overt emotion and the subtle ways in which they’re trying to repress or suppress feeling can be conveyed to readers with effective dialogue. This is a good resource for developing a jealous character.

Prompt: Read “How To Craft The Perfectly Jealous Character To Catalyze Conflict In Your Novel,” then write a scene between two or more characters where jealousy is palpable.

How to Write Purpose-Driven Dialogue

Prompt: Take 30 minutes to write a scene that exposes the lie a character believes, and touches on the opposing truths the character has yet to acknowledge.

How to Write Dialogue Expressing a Lack of Remorse

Prompt: Write a scene where one person refuses to say the words, “I’m sorry.” Consult The Emotion Thesaurus entry for REMORSE, for extra support for this work. The Emotion Thesaurus and entire body of writers’ resources from its ingenious creators can be accessed online here (there are valuable free resources, and bonus content is available to subscribers): OneStopForWriters.com. 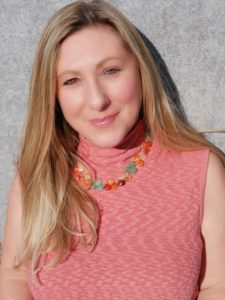 Michelle Sydney Levy teaches writing and mindfulness practices in Westchester County, New York. Her workshops integrate neuroscience, method acting, meditation, and nature immersion. She is also a freelance book editor. Her work has appeared at GoNomad and Center for Humans and Nature’s City Creatures Blog. Learn more about her at michellesydneylevy.com.