Seven candles flickered atop a store-bought cake covered in thick layers of white frosting, a pop of brightness against the sepia-toned cafeteria. My caramel brown-skinned elbows rested on a table that was just a shade darker, my face between my hands, long black braids dangling down my shoulders. The dim lighting gave the room an odd yellow glow, like a photograph with time-worn edges. My mom and my brother stood on the checkered tile floor with a gaggle of women whose faces have long faded in my memory, singing happy birthday to me as my gaze floated around the room at the rows of empty tables. The background noise of dishes clattering made me turn toward the kitchen, watching the tops of heads bobbing around through the glassless window. I had never seen inside of the kitchen except for the generic white refrigerator near the doorway; kids weren’t allowed. I looked everywhere to keep from staring at the Troll doll situated among the candles on my cake, its long tuft of tangerine hair like an extra flame. The creepy smirk, the jewel in its belly, the jaundiced-looking skin reminded me of a demon from a horror movie.

Mom said we had to come to the shelter because she and Dad fought too much and that we couldn’t tell anyone where we were. We arrived just after Easter to this brick building with too many windows and a long chain link gate that clinked behind us. At first it felt like a vacation, like we were at a hotel. Except the carpet in our room was Crayola blue and scratchy beneath my bare toes. And we could only watch TV on the weekends. And we had to go to group and listen to other kids talk about feelings and situations that I didn’t understand. And we had to go to a new school with peeling, yellow walls where the librarian yelled at me for reading a book. And we had to walk everywhere, the breeze raising goosebumps on my arms as I held my mom’s hand and tried to steady myself on uneven concrete sidewalks. Mom had a friend drive us somewhere once, and as I sat in the back, pinching the leather seats, I wondered if we were going home now. When we returned to the shelter, darkness spreading across the sky and inside my heart, I listened to the song on the radio for as long as I could as the car drove away. An upbeat melody. Something about a sign.

Was this home now? Uncertainty curdled my insides like spoiled milk. Sure, the golden–haired lady named Michelle who was helping me build a dollhouse in arts-and-crafts was very nice, soft-spoken, the kind of lady who would bend down so she could hear me better. And the tall, curly-haired brunette, Gail, gave me a toy to cheer me up when I had a stomach ache. But those positives were like beams of light through a cracked door, and it was still too dark for me to see.

All I wanted for my birthday was a Barbie cake. I said thank you anyway, watching the smoke twist toward the wood beams in the sloped ceiling after I blew out the seven tiny flames. I licked the frosting off of a candle. The sugar mixed with half-melted wax tasted like last year. 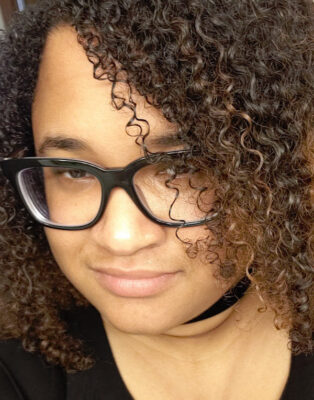 Jess Payne received her BFA in creative writing from the University of Nebraska-Omaha in 2010. Born and raised in Omaha, Nebraska, she often daydreams of larger cities and larger possibilities. Her work can be found in Non.Plus Lit.