In Defense of Ska 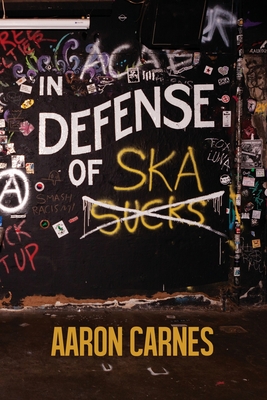 (CLASH Books, 2021) by Aaron Carnes guides us through the much-maligned subculture of ska and ska-punk. For those of us who lived through the 90s music zeitgeist, In Defense of Ska does its best to rekindle our love for a genre that flamed out as quickly as it appeared. By the early 2000s, ska not only fell out of favor, but also became a source of ridicule, and, for some artists desperate to escape their ska pasts, a mark of shame for “playing literally the worst music ever invented” (5).

Through history, interviews, and personal anecdotes, Carnes traces ska from Jamaica to England. From there, after ska made its way stateside, Carnes loads us into the greased-stained vans of touring bands up and down the East and Wests coasts and across America’s heartland. He populates his work with punks and mods pressed against the sweaty walls of small clubs, parks and fairs, and firehalls. It’s through their words that we hear the story of ska.

Carnes covers, sometimes in depth, the stories of the originators of 2 Tone ska (The Specials, The Selecter, The English Beat, and Madness) and the pioneers of American ska and ska-punk (Operation Ivy, the Uptones, Skankin’ Pickle, and the Suicide Machines). He tells the stories of the ska bands that made it big (The Mighty, Mighty Bosstones, Real Big Fish, Goldfinger, and Sublime), the ones that didn’t (Crazy 8’s, the Toasters, the Untouchables, Voodoo Glow Skulls, and Fishbone) and all of the bands in between (Save Ferris, the Slackers, the Pietasters, and Hepcat).

Carnes clearly loves ska music, and he regales us with tales of his time in his own ska band—Flat Planet. While his passion for ska is evident, it isn’t contagious. In Defense of Ska is like being cornered at a cocktail party where the guest knows a little too much about a particular topic, and you find yourself looking for a quick exit. However, if you’re tuned into the conversation, the minutes will trip by like the bass line on the off beat.

Despite the book’s title, Carnes never quite gives a clear explanation why critics are so “dismissive or mocking” (10) of ska. After all, every genre and many bands have their detractors. What sets ska apart from the rest? Carnes dances around that question but never quite commits to it.

His defense of ska, however, is more full-throated. Many of his friends were either followers of ska or members of ska bands themselves, and Carnes makes it clear that ska fans are part of a larger community. He describes the audience at one ska show as “moving together as one giant, heaving beast” (19). Fans of Voodoo Glow Skulls “will no doubt sing along word for word as though (“Fat Randy”) was their big hit” (29).

Because of its Jamaican roots, Carnes argues that ska is also sociologically important, stating that many of the early ska bands “were mixed-race bands…(that) also sang overtly anti-racist and politically progressive lyrics” (50). In the United States, however, ska more closely aligned with the hardcore punk scene.

As a result, ska still appeals to misfits and outsiders. Randy of Voodoo Glow Skulls fame was “a social outcast who drank too much and got picked on by bullies” (26). And goth kids who got their first exposure to ska at a mostly New Wave festival didn’t know “how to react to ska. Once they heard it, and had a chance to process it, they loved it” (44).

Perhaps it’s the irreverence of the ska subculture that appeals to the outsider. Carnes writes often of the silly outfits and exuberant live shows where anything goes. He befriended a key member of Skankin’ Pickle when he wrote him a fan letter and was sent in return an orange peel and a phone number with an invitation to call.

Many of these bands never quite made it to the next level because of the politics of the genre itself. Carnes writes that many punk and ska bands eschew record labels and the deals that come with them because “no respectable punk band should anything to do with all that capitalist bullshit” (24).

The book is described as “a mix of interviews, essays, personal stories, historical snapshots, obscure anecdotes, and think pieces.” On the whole, the book doesn’t quite work as a historical overview of ska. Instead, it’s a mosaic. While the book delivers on its jacket’s promise, the book is also repetitive, often focusing on the same anecdotes and the same observations of the same bands. The book would have been more effective had Carnes taken the time to streamline the narrative and cull the redundancies.

For example, Chapter Seven, running 32 pages in length, is the most comprehensive as it explains the ska movements of the 80s and 90s and provides us with much-needed background of the bands, clubs, and common themes. Rather than present this chapter up front, he drops us in the deep end of the mosh pit and wishes us luck.

He also speculates on the future Fourth Wave of ska, but rather than saving this soothsaying for the final chapter, he buries it on page 90.

The result is a mishmash that reflect the DIY ethos that sustained the ska underground. With its wonky chronology, slapdash storytelling, and not a few typographical errors, the book resembles the punk rock fliers that used to hang from club doors.

Ultimately Carnes seems confused about his audience. Those who already love ska will love In Defense of Ska. Ska’s detractors, on the other hand, will likely skip it altogether. For the uninitiated or the casual listener of ska, the sheer number of bands and names Carnes drops can be overwhelming. Verdict: the jury hearing the defense of ska remains deadlocked. 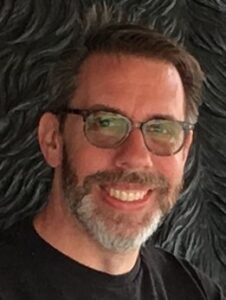 Mike Shoupe earned his bachelor of science in education from Millersville University and his MFA in creative writing from Wilkes University. He writes and teaches in Pennsylvania. His favorite ska band was central Pennsylvania’s Eureka Bone.