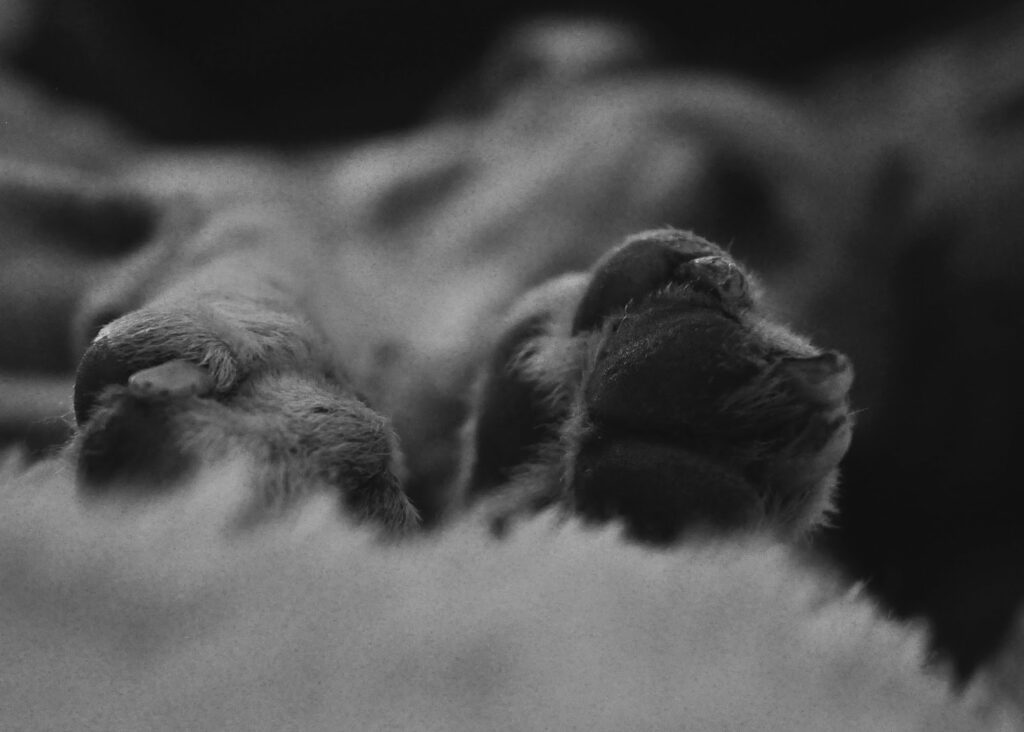 The dog shows up on my doorstep one February night. Later, I will wonder at the fact that of all the doors in the twenty-five buildings of this apartment complex, he sat down right in front of mine.

I am twenty-one and stupid, and it is late, so I let him sleep on the floor of my room.

The dog is wonderful – until he’s not. He snaps at me when I take toys from his mouth. He bites my boyfriend when he tries to push him off the bed. He bites the vet, earning himself a ten-day quarantine while they monitor him for rabies. (This will not be his last quarantine.) It is dawning on me that I am out of my league.

In NW, Zadie Smith writes that becoming a parent is, “‘Like meeting yourself at the end of a dark alley.’” I know I shouldn’t compare dog-ownership to parenthood, but I do anyway. The dog brings out the very best in me: compassion, forgiveness, patience, perseverance. Also the very worst: anxiety, frustration, a blinding red temper that scares the hell out of me.

Here are the things I know about his former life: He was taken to a shelter after his owner went to prison. He received treatment for a mild case of heartworms and a laceration across his front left leg. He was adopted by some guy named Todd, who, when I track him down, tells me nothing about what I will later refer to as the dog’s “issues.”

It’s during this phone call that I say, “Well – I’ve been wanting a dog. I could keep him.”
Todd’s voice brightens. “Yeah? Great! You seem like a nice person.”

We’ve been talking for five minutes, maybe less. I think, I could be an axe murderer, for all you know.

I sit on the floor, sorting laundry. The dog settles down in front of me, always wanting to be close. I ball up a dirty shirt, toss it over his head, and he quails, scrambles away from me. Oh. Pity lances my heart. He will do the same for brooms, guns, tools.

They say that people come to resemble their dogs (or is it the other way around?). This is no less true for us: we are both struggling to recover from cruelties inflicted in our respective murky pasts.

Our relationship is inscribed on my body, in scars and bite-shaped bruises. Eventually, I lose track of them: shin, thigh, hand, forearm. He bites my dad so badly that he needs stitches. He bites friends and strangers, despite my efforts to be a shield between him and the world.

I am an imperfect barrier, as hard as I try.

And yet: the dog is my best friend. We walk, run, hike together. We nap on the floor, my body curled around his as he twitches and barks in his sleep. We see a trainer, and it helps some. I cry into his fur over various breakups and crises while he leans against my shoulder, stoic, soft, solid. I feel safe with him in the apartment – his booming alert, his loyalty. He would die for me, I know it.

Sometimes I think of re-homing the dog, or surrendering him to a shelter. I agonize over whether I should put him down. Instead, I learn to speak his language, avoid his triggers. And there is the other dawning realization: that there is no one better for him. I have the obstinacy and means to deal with his issues. I don’t have kids or other pets. Someone else would almost certainly take him to the pound, where he would almost certainly be euthanized. I am his best – maybe his only – bet.

Not to mention: I made a promise.

There is little room in this world for troubled dogs. When I talk to people about him, I am met with dubious expressions, judgement, stigma. We are accustomed to tame, sanitized pets. I think of wolves, of packs and fights and hunts, of all the instincts that we rely on dogs to suppress, every day. It isn’t that he’s broken, or mean – only that his instincts are misplaced. Does that warrant a death sentence? Even when I hate him most, I shy away from that thought. Maybe it’s not logical, but it’s the only way I can live with myself.

There is love for us in this dark alley, if not light. 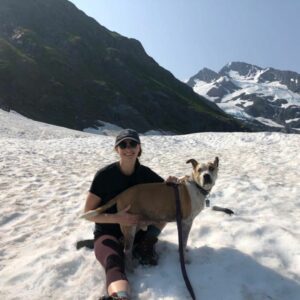 Alison Miller has been chasing her dreams northward for the better part of her adult life. She is a writer of fiction and nonfiction, as well as a current MFA student at the University of Alaska Fairbanks. Her writing has appeared in Litro Magazine and Evocations Review. She lives in Alaska with her partner and her rescue pitbull, Zeus.

7 comments for “Room for Troubled Dogs by Alison Miller”