It’s the most common question my creative nonfiction students ask. We know memoir and personal essay overlap. Both tell true stories from the author’s life with intimacy and honesty. And both are crafted with literary devices: scene, dialogue, sensory detail… That’s what makes creative nonfiction compelling. We love true stories and we love to be entertained.

So where do they differ? To answer, I draw from several resources on writing creative nonfiction and illustrate with two Hippocampus pieces. By my measure, memoir and personal essay differ along four lines: focus, mining, voice, and sense.

The memoirist focuses on the self and what has changed over time. Readers may identify—I went through something similar or I changed in the same way—but the memoirist’s driving force is self-exploration.

In the memoir essay “Fits and Starts,” Matthew Zanoni Müller tells a short, significant story about an afternoon in childhood as a relatively new immigrant to the United States. Müller’s friend, David, coaxes him out of the house and into the world. While Müller’s descriptions of David and others are important to the story, we really only know Müller. We are inside his child mind, being pushed, gently, along with him, step by step.

The personal essayist focuses on the self, too, but seeks to relate. Where, in culture, place, and time, does her story fit in? Which of her questions do others ask? Accordingly, we talk about personal essay’s “universal theme.” The writer paints herself against the backdrop of humanity.

Linda Anne Silver announces the universal with her title, “The Capacity of a Human.” In the wake of her daughter’s death, Silver searches for a new normal that incorporates profound grief. With her husband, she travels around Lake Superior, and along the way gains insight from novelists, fellow travelers, parents of children who’ve died in mass tragedies, and the lake itself.

My boys love the game Minecraft, gathering materials to build underwater palaces and schools in the sky. Where you mine determines what you find. The same goes for writing. The memoirist “relies almost solely on memory,” writes Sue William Silverman in “The Meandering River.” He mines his mind, perhaps consults artifacts from his past.

In Müller’s memoir, all the important details, the who-and-what and beginning-middle-end, come from the author’s memory. “Mostly we’d play with cars,” he recalls, “arranging them in a long line and driving them slowly down the hallway toward the bedroom, moving each one forward an inch at a time.” Müller remembers how playtime mirrored the halting way he adapted to the U.S. “Autoschlange, I called it, and my friend understood what it meant, because his father was German too.”

The personal essayist mines her memory, too, but also mines the landscape of her evolving life. She collects data and processes in-the-moment interactions.

Silver writes, “I examine things and snap photos, acting as a tourist.” We understand she is not just examining flora, fauna, and food, but also the circumstances, the places hope might surface. She draws from the novel Grief is the Thing with Feathers to understand “the crow of grief had moved in with us when Allison was first diagnosed.” She sets herself apart from “[t]he parents of Newtown or Manchester or Aleppo” while associating with all parents who’ve lost a child. She even researches on the page: “I try Googling, ‘Ontario stone piles,’ on my phone, but there’s no signal here.”

Memoir contains multiple voices, including, at minimum, the voices of the past self and present self (what Sue William Silverman calls “song of innocence” and “song of experience”). Voices speak to readers, who reply. Someone who knows a memoirist might say, I had no idea that happened to you.

Müller’s memoir is entirely from his young self’s point of view. That big world he was persuaded to explore? A car, a grocery store, David’s house… places that, to a child in a new country, loomed large. “I was happy,” Müller’s child-voice writes, “because I knew that … soon we’d come back down and around the block and I’d be home again.” Moments later, as his child voice considers turning back, his adult voice offers meaning: “I didn’t want to compromise the heroic feelings I had just earned.”

In personal essay, one voice dominates. The narrator is a current version of the author who opines, worries, delights, fears. Friends might listen and say, I had no idea you felt that way.

Silver wrestles with herself. “Our daughter’s death feels like a failure,” she admits, “as if we weren’t paying attention when danger stalked.” She notices beauty for the first time since the death, then wonders how she’ll ever find it again. She questions, doubts, and guesses, seemingly in real time. There’s no divide between innocence and experience: the song is both.

Memoir conveys a sense of the past, even if the events happened recently. The author has emerged and looks back to articulate meaning. Whether written in past or present tense, what’s palpable is the past sense. The author asks, what happened?

Müller signals the past sense with his opening line: “The first couple years we were in America…” It’s a before-time story, one that proved pivotal in some way. The author can examine the past because his life is different now. To underscore, Müller uses the past real conditional tense: “We’d play under the shadows of the cherry trees.” Memoirists use this tense to convey the general past in a way that feels both fresh and wistful.

In personal essay, there’s a sense things aren’t buttoned up. The author writes not to articulate meaning, but to find meaning in the first place. Personal essay feels open, like a thought experiment. The author asks, what is happening?

Silver’s first paragraph lists inspirations for her trip, ending with, “the need comes after our fifty-year-old daughter dies on a midsummer’s morning and we are numb: wanting to flee the sadness, not knowing how to move forward.” She’s in limbo: “I don’t know the answer, don’t know how I should grieve.” She repeatedly questions. About a missed chance to see the northern lights, she wonders, “Had we seen them, I might have latched on to the experience as a sign of—what? Hope? Resolution? Transformation?”

I tell my students that understanding is power; when you get into your writing workshop, sharpen your tools, practice your craft moves, shape your piece. If we know what makes a memoir, we can push that much deeper into our past, search for the particular nerve that will animate our past selves, give us ah-ha insights. And if we know what makes a personal essay, we can reach that much wider into the tangle of free-floating human stories, search for, maybe even find, connections that change everything. 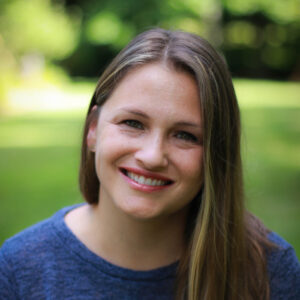 2 comments for “CRAFT: What’s the Difference Between Memoir and Personal Essay? by Suzanne Farrell Smith”