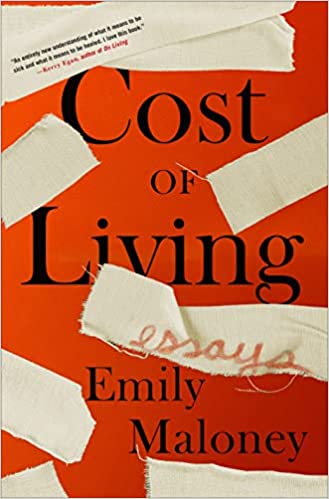 In her introduction to Cost of Living: Essays, Emily Maloney relays the reality of so many: “I kept talking to women whose experience mirrored mine. Who had been diagnosed with some injury or illness, and that illness tended not to be a medical failure, but a failure of personality…. I had believed that doctors knew everything, That I could fix myself, my life, with the right doctor or the right medication or more money.”

From childhood, Maloney knows she is different and awkward and has trouble relating. She is brought to mental health providers, ending with a psychiatrist who prescribed 26 different medications over five years, trying to regulate her moods. None of them seemed to help, but many caused debilitating side effects. A neuropsychologist finally diagnosed her with a neurologic developmental disability with symptoms similar to autism, ending her relationship with the psychiatrist. In reviewing her patient records, she wonders if she had been “crazy” and whether the medications helped. All she knows is that over hundreds of visits and hundreds of pages of records, she cannot reconstruct who she was during that time.

Throughout her treatment as an adult patient, Maloney also works in the emergency room as an ER tech and studies for emergency medical Technician (EMT) certification. Later she works for the pharmaceutical industry, promoting medications. These two positions—patient and healthcare worker—give her a prime perch from which to view the healthcare industry.

Full disclosure: I am a doctor. I find Maloney’s reflections on the system to be remarkably accurate. Through her experience with the psychiatrist, she discovers that too often the belief that science and medication heal everything leads us all, doctors and patients alike, down the wrong path. Her psychiatrist shared the belief that science and medication would be the answer. She states, “It doesn’t take much to get addicted to someone taking an interest in who you are, that sometimes all you are looking for is an answer, an explanation for why you feel this way….”

For her, medication has the opposite effect. During her time on lithium, Maloney finds herself sick every day, and becomes lithium toxic due to a dosage change. She is afraid to go to the emergency room, fearing it will result in an involuntary admission to the psychiatric ward. She lies suffering on the bathroom floor, afraid to be seen as a psychiatric patient. When the severe side effects pass, she can go into the emergency room, but in her role as a tech, dressed in her clean scrubs, once again a care provider instead of a patient — as she describes it, “well enough to pass.”

In her ER job, Maloney stocks rooms, fills out medication forms, and often completes patient coding. Codes are what hospitals and doctor’s offices use to charge for services. Each code is designated a specific value in the payment system.

Maloney chronicles her own patient experience with billing codes when she attempts suicide with an overdose of lithium and is admitted to the psychiatric ward. She first receives a charcoal lavage in the ER, then is hospitalized for an EKG abnormality calling for cardiac monitoring. Later, she is sent to the psychiatric floor. Each step of the hospital process generated more billing codes, resulting in bills that kept her in debt for years to come. “Suicide should be cheaper,” she writes.

As she codes other patient’s medical encounters in her job, Maloney feels the guilt and responsibility of billing a patient too much, realizing that some bills were more than a patient could ever pay, becoming their cost of living. The collection’s recurring theme surfaces again in an enlightening chapter on medications, as Maloney gives an inventory of her drugs and their prices, another reminder of the cost of living with a diagnosis.

Maloney accurately observes and precisely reflects on the difficulties of the medical system, from hospitals being penalized when a patient is readmitted too soon (though there are no social supports to keep them out of the hospital), to the hierarchy of positions in a teaching hospital.

The essay “Three Deaths” describes with uncanny accuracy what happens in an emergency room during a trauma or a life-threatening emergency. The level of detail about the necessities—get the thumper going on the chest, find the right gauge IV needle, prioritize who gets care in which room, manage patient behavior and family reactions—reflects the myriad things that need to be done. She even describes time taken to socialize with other staff while a patient is in the CT machine. All her descriptions reflect the reality inside the emergency room.

When Mahoney leaves the ER, she rotates on an ICU step-down unit as a bioethics student. She rounds with the group in a teaching hospital: medical students, interns, residents, and the attending physician, where the students are learning two languages — the language of medicine and the language to use in front of patients. The doctors order tests, she says, and hope “for results, a way to make sense of what is happening on the other side of the door, in the hallways, in their patients’ rooms.”

She also reflects that “Levity is keeping us moving, edging off despair at the likelihood that even if most of these patients get better and go home, someone else will arrive to take their place. It’s no surprise that burnout is one of the most common and debilitating issues for physicians….”

Maloney also writes about her experience with chronic pain patients and their need for medications, how the label “drug seeker” affects patient care and describes a coworker who is dependent on narcotics. The coworker’s failed struggle to get off the pain medications, the description of her visits to different ERs and doctors’ offices where she could get pills, rings true. These descriptions reflect Maloney’s first-hand observations on her job, which allow her to describe the situation accurately.

Whether discussing the medical system or describing her status as a patient, Maloney writes readable, fascinating essays that keep the reader engaged and turning the pages. This memoir reads like a novel, with relatable characters and a fast-paced plot, but carries the reflections of a true observer of human nature and our problematic medical system. This is the must-read book of the year. 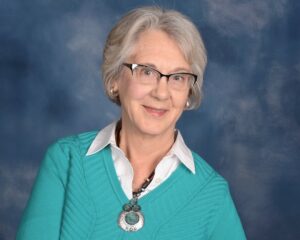 Sandra Eliason is a retired doctor who has turned to writing full time. In 2016, she won the Minnesota Medicine Magazine Arts Edition writing contest. Since then she has taken multiple writing classes, gone to conferences, joined writers’ groups and worked to hone her craft. She has been published in Bluestem magazine, the Brevity blog, been anthologized in the e-book Tales From Six Feet Apart, and has an upcoming piece in West Trade Review (April). She is querying her completed memoir, Heal Me—Becoming a Doctor for all the Wrong Reasons (and Finding Myself Anyway).You can find her in Minneapolis, Minnesota, where she lives with her husband. She has a garden in the summer and a cat to warm her lap in the winter. Look for her on twitter @SandraHEliason1 or Instagram @sheliasonmd.