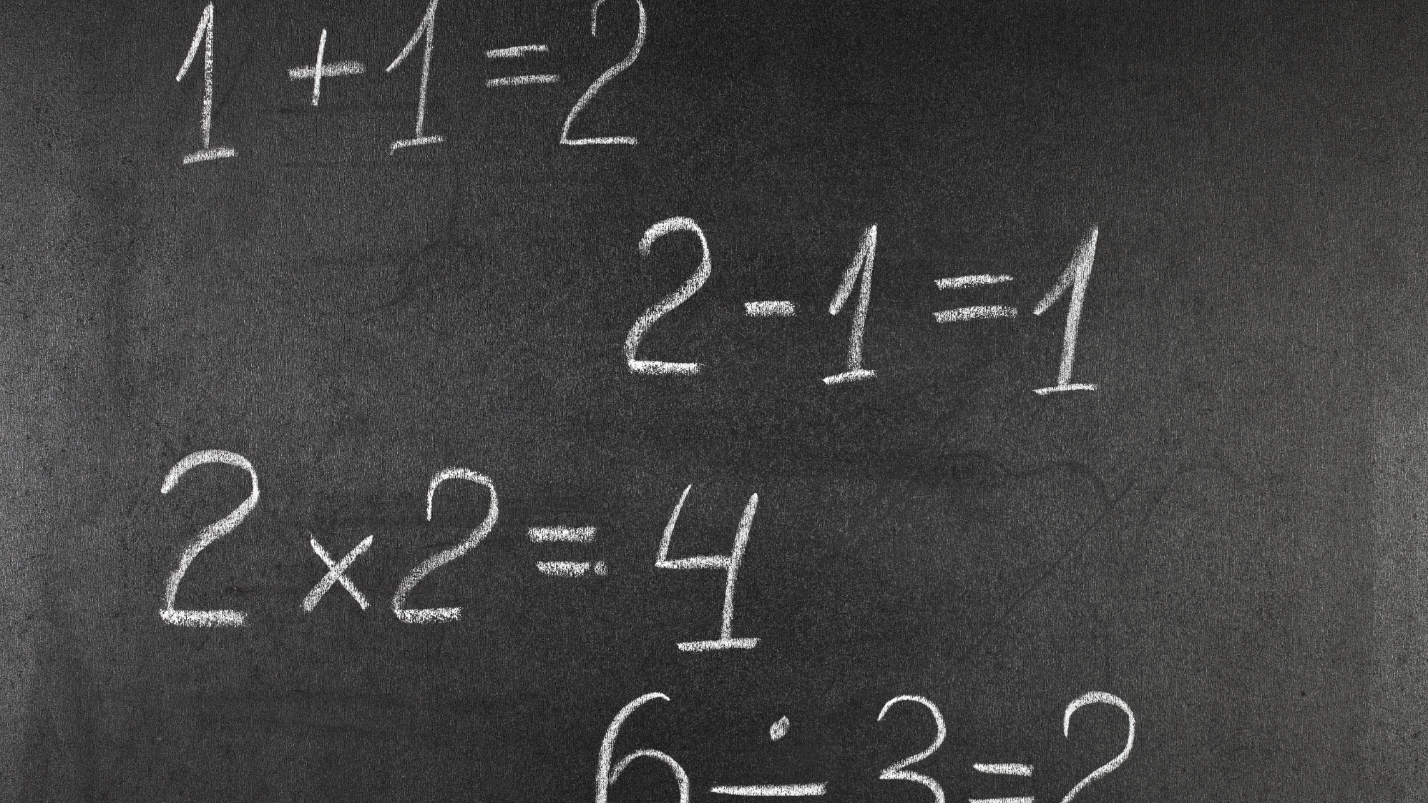 It starts with counting. By the time they notify me, my husband has been dead one, two, three hours, maybe four. He died at 1:30pm; I don’t know what time it is now. I will not be on time again for the foreseeable future.

I count the time since Sam’s death in hours, then days, until it has been an entire week. Every Saturday marks a new column in this strange base seven system of calculating time. After a month, suicide still doesn’t make sense. I keep counting, and now the 20th of every month gets its own column on this bewildering abacus.

I subtract one from everything: A family of four minus one father equals three; a couple minus one is one, but she’s not the same one she was before. A mom, a dad and two little boys minus one means that one parent does the work of two. I hear the Schoolhouse Rock refrain, “Three is a magic number,” and I wonder if Sam thought the solution was that we would be magical without him. Our holy trinity is comprised of mother, sons, and wholly ghost. They say that in geometry, a triangle is the strongest structure. I don’t feel strong, and I hold onto my little boys as though my life depends on them.

My sons are six and eight when their father dies. Six plus eight equals 14, the age my mother was when her mother died. I don’t know what to make of this seeming coincidence. Sam was 41 when he died; my grandmother Charlotte was 41 when my mother was born. I look for patterns and sometimes find them, but I have no idea what they mean, if anything at all.

Too many people tell me that time, as a rule, will heal our hearts. If by time they mean infinity, then they might be right. For the rest of my life, when I hear mention of anything that happened in the year 2007, I imagine those events as a sort of backdrop against which Sam took his own life. This is the year our healing begins.

I keep missing things: Sam’s birthday (he would have been 42), our anniversary (we had been married 15 years), the New Year (2008). Which ones count after he’s dead?

After 366 days and relentless nights, it is October 20th again. This feels like progress and starting over. I’m not clear on whether I’ve completed the serpentine path from starting block to finish line or whether I’ve landed on cosmic quicksand that sucks me back to a beginning. Such is the nature of circles.

Our relationship gets increasingly complicated. Sam lived for 41 years, 8 months, and 17 days; I had been two years younger than him for his and my joint lives. On December 2, 2009, I am older than my husband ever lived to be; I hope and pray that my sons will reach this marker and many more. A few months later, I turn 42, and it feels like I have left Sam far behind in a race I didn’t realize we were running. Or maybe like he had handed me the baton without my understanding that I would run the remaining legs of the relay by myself. Single parenting is exhausting.

It is a strange sort of long division: Carry the loss through the years, subtract what would have been from what is, consider what is left. Imagine what could be.

I fall in love with a man who was widowed eight weeks after I was. Tim’s sons were 14 and 11 when their mother died from colon cancer; she had just turned 41. Now his children are in tenth and seventh grades, mine are in fourth and second, and I am completely outnumbered. Yet somehow, I feel like the luckiest unlucky girl ever. Who gets to find love twice in a lifetime?

When I marry Tim in November 2010, our collective brood is 18, 14, 11 and 9. Now I’m counting slices of bread. I used to need three slices of bread to make the kids’ lunches, because the little one only eats a half a PB&J, but with twice as many children, I need 11 slices, because the high school athletes eat two sandwiches each. They miss the days when their father handed them a $20 bill for lunch on the way out the door.

Our blended family of six includes four boys, two elderly rescue cats and one ridiculously sweet little black spaniel. When multiplied together, we equal 24 feet and 114 toes. We try not to step on each other’s too much, but sometimes we can’t help ourselves. There are so many stinky athletic socks all over the house that I give up matching them altogether. Instead, I divide them into two buckets: clean and dirty. The cat with the sock fetish redistributes them all over the living room. Somehow my husband and the children talk me into adding another puppy to our mix. I am still the only girl in the lot.

We have four sets of grandparents and our holiday celebrations resemble a calculus equation with multiple solutions. How can we find light in the darkness? With Christmas Eve Swiss fondue, with Christmas morning omelets, with Christmas dinner and carols, with one night of Hannukah. There are presents all around.

Mother’s Day and Father’s Day are singularly complex. It is tempting to skip them entirely.

I bake apple pies for pi day at school and dozens of chocolate chip cookies for little league teams and bake sales. We celebrate birthdays and observe deathaversaries. My calendar is a color-coded rainbow. I do not differentiate between the boys; I call them all mine.

Now it is 2014. Thing #1 turns legal drinking age. Thing #2 graduates from high school. Thing #3 applies for a driver’s permit. And Thing #4 has lived longer without his father than he did with him. It seems oddly unprincipled that the youngest one should be the first to reach this milestone.

The little black dog dies in 2015. He is not quite 9, approximately 62 in dog years, not a very long life, especially considering his size, but the purebred pup has a congenital heart defect that robs him of even an average lifespan. My two younger children had that little black dog in their lives longer than they did their daddy. I am constantly recalibrating.

My father dies. It is 2016, I am 48 years old, and I’m not nearly ready for him to go. I cannot even begin to imagine what my children have lived through. Neither can I imagine what my mother must be going through; she was married to my father for 50 years. She says, “It’s not as bad as what you suffered.” As though anyone ever knows. It’s not about better or worse; it all sucks in its own way.

Sam’s mother dies. She lived more than twice as long as her son did; Sam’s father is 92 and still counting. I can only imagine the longing.

Loss feels too slippery to quantify, but that doesn’t stop me from trying. I am like the geriatric cat, resolutely gathering socks — some from the bathroom floor, several out of a laundry basket of clean clothes, one pair from deep inside a running shoe — and rearranging the collection on the living room carpet to make my own weird sense of them.

In 2019, Tim and I take our baby to college and return home to our empty nest and the honeymoon we never took, just in time for our ninth wedding anniversary. When we were first married, we had four kids, two mortgages and a small menagerie. Now, only the puppy is still at home, and at seven years old, he is practically middle-aged. Tim and I fly to Paris holding hands, as tickled as teenagers sneaking their first sips of champagne.

Today, even my youngest son — the so-called little one — is taller than I am, taller than his father was, taller than his stepfather is, taller, in fact, than all of his brothers are. His emotional growth is equally impressive, and I am grateful. My next oldest graduates from college — another milestone without his father — but with two parents, three brothers, two sisters-in-love and a niece on the way. Our numbers grow. My next one has a birthday, and I note that I have been mothering him for longer than his mother did. When friends refer to me as his mother, he doesn’t correct them. I feel happy and sad and honored. My oldest is only 13 years younger than his mother was when she died, and this math takes my breath away. It is all I can do not to schedule his colonoscopy myself.

An acquaintance wonders whether I’m old enough to be the mother of my oldest son. Even though I didn’t give birth to him, I am. I had had my first miscarriage the same month he was born. Some months after my second miscarriage, I wished a pregnant friend of mine a Happy Mother’s Day, and she said, “Thank you, but it doesn’t really count unless you are holding the baby in your arms.” I disagree. It counts. He counts. She counts. They count. I loved them all, each one. I still do.

This is where grief begins. It starts with every one who counts. 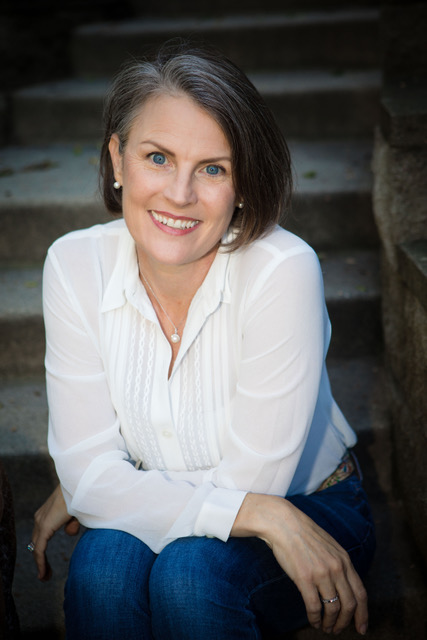