I’m writing this article from the office in my husband’s flat in Salzburg, which I’m using as a home base for research that I’m doing here and in Vienna, Graz, Berlin, Ulm, Vilnius, and — the war permitting — the small town of Linkuva in northern Lithuania. The manuscript I’m working on both is and isn’t travel writing, as is often the case with narrative nonfiction about place that takes the writer beyond her home. My book in progress starts out asking the question of whether or not one can be both Jewish and Appalachian — two identities I claim — and expands to ask whether or not one can ever claim both an identity based on geography of origin and a Jewish identity. I’m here to explore my family’s place in Lithuania in the centuries before they fled Russian aggression to America and about what it means to be a Jewish woman married to the descendant of Nazis who plans to one day retire to Austria. They’re weighty questions, and they are ones I couldn’t answer from my comfortable office in Chattanooga, Tennessee.

Some knowledge has to be earned by steeping oneself in people and places where one is uncomfortable.

Many people have written about the ethics of travel for writing when that travel takes place amongst strangers, but most of the places I’m traveling to on this trip are filled with friends, and that takes a different kind of navigation. I’m here to interrogate the difficult histories of people I like very much and don’t want to make unhappy. They are, after all, the inheritors of this difficulty, not its authors. Through trial and more error than I’d like to admit, I’ve developed some rules of thumb for how to engage friends and family in the research process without turning them into research subjects.

The first and most important — and the one I most failed to do during the early days of this trip — is to clearly delineate work and social interactions. This means treating your working time with friends professionally, but it also means shutting up about your project during social time (which is much harder to do). If you, like me, get swept up in your work and excited by it, you probably want to chatter about it with anyone who will listen, as often as they will listen. Check that impulse. It’s exhausting to other people, even — and maybe especially — when they are actively engaged with helping you move forward in your work.

The second is to be clearly and authentically grateful for the time and energies of your friends. It sounds counter-intuitive, but I’ve found that it’s much easier to remain mindful that I’m asking strangers to do labor on my behalf when I ask them for interviews than it is to remember that these conversations with friends are also asking for labor. Be reasonable in your requests, and understand that you’re asking for both time and energy your friends could spend on other things that more directly benefit them. Friends may feel more bound to offer you more of both than they really have to spare. Keep that in mind, and be proactive in asking whether or not your requests are becoming burdensome.

Third, respect the personal and familial boundaries of your friends as you ask them for their stories or insights, and be particularly mindful of those boundaries when you know things from previous interactions that weren’t flagged as research. For instance, I know that a friend’s father is an enthusiastic member of Austria’s Freedom Party precisely because he’s also a virulent antisemite, but I know that from conversations we had years before I started this project. I would not include this information in the writing without his express permission, since he shared it with me in the intimacy of friendship and not in the course of the work I’m doing.

Fourth, keep in mind that these conversations can be difficult for you and the people you’re having them with. Have a plan in place for providing aftercare when it is necessary. I always schedule some post-interview time to go out for a coffee or have a casual conversation unrelated to the work in any way, but I also make sure that there is someone else (in this case, usually my husband) who could spend that time with the person in case my own feelings are a little too raw to provide that sort of buffer. Also, stay aware of your own reactions and reactivity; if a conversation is making you reactive, it’s probably best to wind it down. People who have agreed to speak with you have not also agreed to provide you support if what they say upsets you. Have someone else you can turn to for that support after difficult discussions.

Fifth, and maybe most controversially, I suggest offering to let your friends see the writing before it’s published and make any necessary adjustments. I’ve never been a fan of Ann Lamott’s blanket statement, “Tell your stories. If people wanted you to write warmly about them, they should have behaved better.” Friendships endure during both times of grace and times of duress. Sharing details about one’s life and family is an act of generosity, and that generosity should be returned. Respect the feelings and desire for privacy of the people who’ve agreed to speak with you; remember, they may have shared things they later regret because you are a friend and not a stranger, and that friendship gives you an extra ethical obligation to treat what they’ve said as a gift, not a thing to which you have a right.

Some of the most vibrant writing today involves works that allow the author to explore their position in, and the ways they are excluded from, the cultures and communities in which they find themselves. Books such as Ross Gay’s The Book of Delights and Penny Guisinger’s Postcards from Here are among my favorite examples of the genre. I hope you’re doing some of this work, too, because I very much want to read it. If you are, I hope my suggestions are helpful to you. As always, take what you can use and discard the rest. It’s what works for me, but what works for you may be entirely different. The real trick is to find a path forward you feel good about and that generates useful insights. 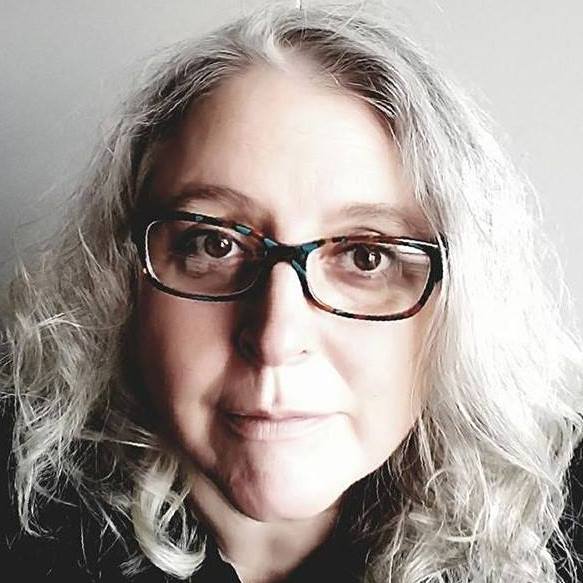 Sarah Einstein teaches creative writing at the University of Tennessee at Chattanooga. She is the author of Mot: A Memoir (University of Georgia Press, 2015) and Remnants of Passion (SheBooks, 2014). Her essays and short stories have appeared in the Sun, Ninth Letter, Creative Nonfiction, and other journals. Her work has been reprinted in the Best of the Net and awarded a Pushcart Prize and the AWP Prize for Creative Nonfiction. You can follow along with her research journey at her newsletter, Writing Family Histories, where she offers craft trips and a running narrative of her research travel.