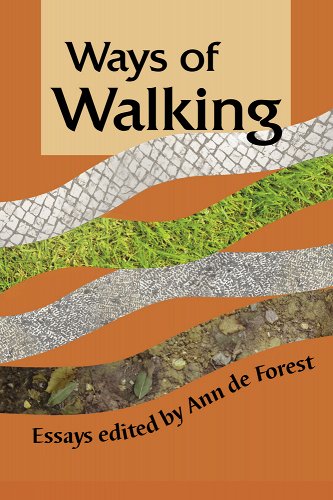 During the early weeks of the pandemic, when the world was still learning more every day about how COVID was transmitted, officials warned residents away from public transit unless necessary. Like many city dwellers, my husband and I rely on public transit to get everywhere; while not having a car was an occasional hassle, Berlin’s crowded, canary-yellow trains were always there for us.

In early 2020, though, we found ourselves stranded in our little corner of the metropolis, with those same yellow trains rumbling by, now mostly empty. Homesick for the city we still lived in and in need of a little movement, we started taking longer and longer walks each weekend. We brought along water and snacks, and these daylong “urban hikes” got us out and engaging with each other and the city. Over time, my perspective started to shift as the city began to knit together in my mind. It began to feel like a working whole, a detailed and cohesive map, rather than as a list of places associated with this stop or that station.

Ways of Walking: Essays (New Door Books, May 2022), an anthology of 26 works edited by Ann de Forest, is all about the kind of perspective that going slow and on foot lends. The anthology’s seven sections have quite a thematic range, moving from “The Art of Walking” to the ground we walk on in “Beneath Our Feet” to a section on “Pilgrimages, Routes and Rituals.” Later sections talk about the city, the body and nature, and getting lost. But the essays contained here, and their writers, are as different from each other as one person’s confident stride is from another’s ambling gait.

The essayists walk for pleasure or health or basic survival. They run alone because it clears their head, or they walk together with a loved one because it helps them connect. They walk along borders closed to them as refugees, or they walk across borders suddenly open again after pandemic restrictions, or they skirt the border of a major city on foot. They pilgrimage along ancient roads in Italy and Switzerland, explore the winding Medieval streets of their beloved London in a wheelchair. They try, through the simple act of walking, to connect with fathers and mothers, with politics and personal histories.

It’s a varied collection. What joins the essays is what the authors are able to observe about themselves, the world and human history when they move through the world in this slow and simple way. The book as a whole builds upon and references both Thoreau’s Walking and Baudelaire’s flâneur figure, but is more interested in contemporary questions about what it means that the person doing the walking is in a certain body and in a certain place: a woman healing from leukemia is newly capable of logging thousands of steps in her walkable city while her mother’s body ages and her world grows ever smaller, or a young woman observing what her older male family members don’t notice as they walk together in the evening. It’s walking approached like writing: as a kind of committed practice, guiding the walker to notice what de Forest calls “the particularities of a place.”

In “The Via Appia Is Easier Going If Taken Slowly,” for example, classical archeologist Liana Brent hikes the Appian Way, starting in Italy’s south. She finishes her journey in Rome after several weeks and several threats to her safety. But along the way Brent gains a sense of the larger landscape beyond her work, losing some of the tunnel vision she jokes is “an appropriate metaphor for many aspects of my life” as she nears the end of her doctoral program.

There are many gems in this anthology and a few that felt a bit flat, but some of the best pieces flip the idea of the walker as rugged individualist and instead place the walker into wider contexts of family, society and landscape. There are too many good ones to name them all, but one example is Dwight Sterling Dunston’s beautiful “A Walk with Hawk,” an epistolary essay to his deceased father Hawkeye. Dunston writes, “Our relationship to this city is intertwined. In West Philly, we were Black boys who became Black teens and grew to be Black men.” The walking rumination bears witness to his father’s life in this place; though his father is dead, Dunston writes, “it is not lost on me all of the ways that you loved me and all the ways I feel you here, walking beside me.

Similarly, Ruth Knafo Setton’s “Ah, Ifrane” relates her wanderings with her 89-year-old father Maurice who “taught me that walking is the greatest way to understand the world by becoming part of it… Walking is an act of gratitude for our ability to perceive, to move with our bodies, and to see and absorb with our senses.” Maurice, who walks with his hands behind his back and at a sharp pace, embodies a certain way of looking at and being in the world. Their walks together, and the communication they facilitate, help Setton find a counterpoint to a direct, goal-focused path in life.

Ways of Walking: Essays offers something similar: a brief walk in someone else’s shoes, and a pleasant ramble through the gifts that slowness and movement at human scale can give us. Ways of Walking put me in mind of Lauren Elkin’s Flâneuse: Women Walk the City in Paris, New York, Tokyo, Venice, and London, though Elkin’s book focuses on city walking. But if you enjoyed Rebecca Solnit’s Wanderlust or Frederic Gos’s A Philosophy of Walking, I think you’ll also appreciate what Ways of Walking, with its particularities of perspective and voice, adds to the overall conversation.