It was after 10 p.m. when I finally got the chance to tell my story at Lancaster Story Slam: HippoCamp Edition the first night of the conference.

The names were drawn randomly, and 14 of us had signed up to share our nonfiction stories — fierce competition, especially since we only got the theme, “Next Time,” a day or so before. The stories were varied, from a roadtrip to a metal concert interrupted by a tornado and soda-drinking habits to leftover Indian food that traveled cross country and what it was like waitressing for John Lennon and Yoko Ono. 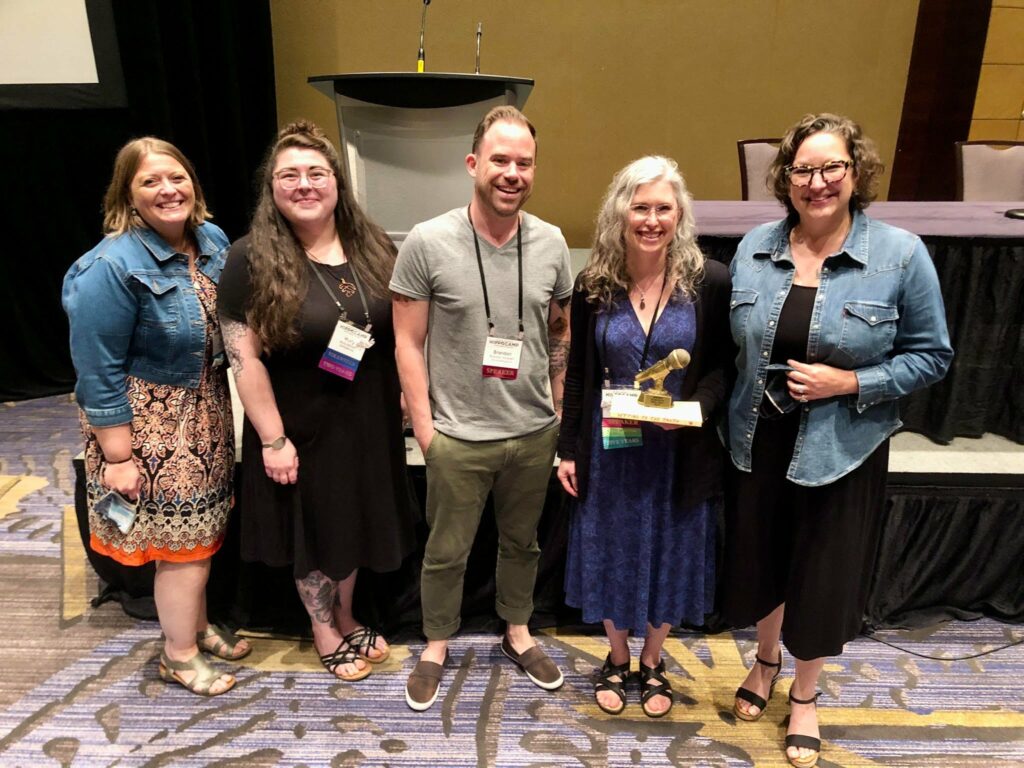 It was my first time entering a story slam, and I planned to share a deeply personal story that had been nagging at my brain and heart forever. It had been a super long day and I was excited but exhausted. Of course I would be called last.

But, as I stood in front of the mic, fear did not seize me. Every face I saw was encouraging, smiling and patient. I took a deep breath, and I told my story.

More than 100 miles separates my home in the Poconos and Lancaster, Pennsylvania, making it a two-hour drive. And this year, I did it alone.

Last year, for my first HippoCamp: A Conference for Creative Nonfiction Writers, my husband, Christopher, was my co-pilot. We used the weekend as a mini getaway. The commute there and back went by in a blink as we chatted the entire way. This year, our arts pulled us in separate directions. As I headed to a weekend of nonfiction, he was working in South Jersey at the Wildwood tattoo convention.

But, more than two hours in the car by myself proved to be just what I needed. It gave me time to practice.

The scenery changed from craggy mountains and dense trees to towns and city traffic out my Chevy’s windows as I listened to instrumental music, mostly classical covers of current pop songs. I kept the volume down low, my eyes shifting quickly between the road, my mirrors, and the clock on my dash.

Three minutes. Too fast. What did you forget?

Six minutes. Too slow. But at least you remembered that one detail.

I was telling my story to myself out loud, working out the rhythm and details. There would be no notes, no music, and no props; there would be no help. I was nervous and I was struggling to organize the story in my head in a way I could remember it.

In the two hours it took to get to HippoCamp, I told my story to my luggage probably two dozen times. Repetition, I thought, was the way to get myself comfortable enough to share with other campers.

When I got up to the mic, I joked about not minding being the anchor, that it was my first story slam and I hoped I didn’t mess it up too badly. I got a couple chuckles, so that made me feel better.

I took a deep breath and I told my story, peeking just once at the timer to the right. I tried to remember to breathe and allowed myself to use my arms and my hands to gesture as I spoke.

I got through it, ending with a “Thank you,” and campers clapped for me. A couple people were crying.

It only took minutes for judges to tabulate the scores, and to my surprise, I took third place. One of the judges approached me afterwards and said, “You were my only 10,” and complimented me on the pacing. The practice paid off.

If you asked me now, I can remember parts of my story, but I know I left out details that I stumbled on and tried to correct during my car rehearsal. I know it turned out differently than I had planned, this story that I had never written down.

But, the coolest thing about participating in my first HippoCamp Story Slam? Unlike a narrative I type on my computer or scribble with pen on notebooks or scrap paper, I got to participate in the tradition of verbal storytelling among other literary citizens, letting my voice perform the story my brain and heart wanted to tell.

To watch the entire Lancaster Story Slam: HippoCamp Edition, head over to our YouTube playlist. In the meantime, here’s the 3rd Place Story: 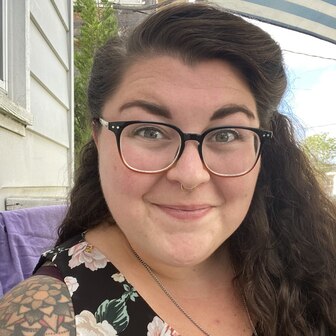 Molly Bilinski is a journalist based in Monroe County, Pennsylvania. She’s a student in the Wilkes University Maslow Family Graduate Program in Creative Writing, where she’s focusing on nonfiction. When she’s not writing, she’s knitting or hanging out with her cats and husband. Find her on Twitter, @MollyBilinski.