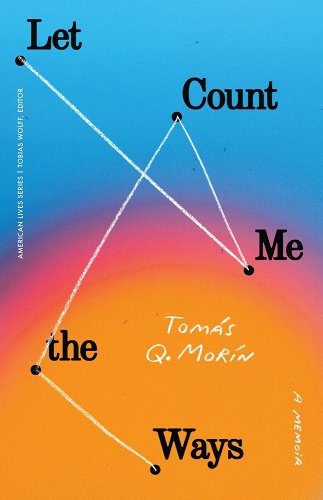 Tomás Q. Morín’s memoir, Let Me Count the Ways (University of Nebraska Press, 2022), describes growing up with a parent addicted to heroin and the author’s crossing into obsessive-compulsive disorder (OCD) as a coping mechanism. Along with Morín’s own family story, he captures the spirit of the place and people of South Texas, where he grew up. With his lyrical writing, Morin shows a childhood swallowed up in the shadow of drug addiction, his relationships with the father figures in his life, and what he carries into adulthood. Yet Let Me Count the Ways is also a story of love and forgiveness.

Morín’s writing is always beautiful and full of explosive and stunning details. He has a wonderful way of presenting his world, family, and friends, that brings everything alive. He is particularly skilled at describing himself and others so you can feel the full person come through the page, as he does in this passage:

When I chose one of the twenty-five books I’m currently reading, I think, What a weirdo, and then: Yes, but a weirdo who is also the counter of lines, the marker of beginnings and endings, an oldest son and a middle child, whose nose is allergic to the air and the trees in all seasons, the devourer of apples and the hater of peaches, a bastard who was given three chances at a father, the enemy of tomatoes and raw fish and milk, the stomach grumbling behind you, the patron of cats both feral and not, the disciple of the tigress that suckles the orphaned piglet.

However, this memoir does not have a straightforward chronological narrative, which can be initially be confusing. But once you settle into the rhythm of Morín’s words and his way of telling his story, it smooths itself out.

Central to the book are the bonds between Morín and the three male figures in his life—his father, his grandfather, and a neighbor, Jackie, another heroin addict who is like a father figure. Behind that are his mother and grandmother’s as constant and steadying forces in his life. It is surprising how his dad isn’t actively on the page, yet he looms over everything. Throughout the memoir, Morín explores the complexities of loving someone with addiction, the fact that he and his mother cannot help him but cannot abandon him, and how Morín’s childhood is eaten up by it all. He writes:

We were a makeshift triage in the dark. For years, I believed we both wanted out of that room, but maybe that’s not true. Maybe she wanted to be right where she was, with the man she loved, keeping him alive.

Morín also details his struggles with OCD—a compulsion to count that started during one of the car rides with his father to purchase heroin. Morín recounts his time in jail, although he never gives the full details of his crime. Later he writes about how he gets help through therapy. Morín’s struggles clearly show how we have failed those with addiction. We have no safety nets for people. We have no standard of care for the addicted person or the family. A family is mainly left alone to navigate addiction with few resources. Morín repeatedly talks about invisibility and how hard it is to get help:

During all my years growing up in South Texas, I can’t even recall knowing a single person who saw a therapist. Prayer and willpower are probably how I would’ve been told to deal with depression and OCD had I been diagnosed as a kid. Therapists and medication are for the rich people was what most of us thought in the South Texas of the eighties and nineties.

I expected this book to be full of pain, trauma, and despair, but surprisingly it bursts with love. Morín’s memoir teaches us that as deeply flawed as we all are, we deserve love and respect—people do not have to be perfect to be loving parents, siblings, and spouses. Morín gives every person respect and love while telling his story. For example, in a passage, Morin describes how people looked at Jackie with disgust because of the effects of his addiction on his physical body — but he experienced him differently:

When a stiff wind blew into my truck, I drew a long breath until the smell of Jackie’s body clung from my nose to the back of my throat. If I poured pepper in your nose and then dunked your head in a river, I guess you could say it smelled like that. A little like joy. A little like life.

Above all, the memoir is about the baggage we carry from our family and what we learn from them, both from their mistakes and their love. After Morín’s mother finally asks his father to leave and not come back, Morín struggles, not knowing how to be with his father gone. Later, he regrets not speaking to him for so long. Yet he still finds a way to open himself up and be in the presence of his father:

The summer at a writer’s conference, while celebrating life, words, old and new friends, I stopped apologizing when air rushed out of my lungs and laughed as loud and as long as my body wanted. If I was inside a building, my laugh would happily bounce from wall to wall and fill the space for a few seconds. People whipped their heads around, stared, registered my body’s joy, and then smiled. The absence of scowls was the first thing I didn’t expect. The second was how much I sounded like my father.

All of a sudden, my father was with me, our laugh echoing across the green fields in one of my favorite places in the world. I hadn’t planned to find him in Vermont, and yet, there he was, waiting patiently inside my chest all this time.

In the end, Morín circles back to each of the three men—making sure Jackie has a proper grave, speaking words to his father he never thought he would, and continuing his grandfather’s story. With Let Me Count the Ways, you’ll find an unexpected and beautifully written account of family love and survival. Writing this memoir was an act of bravery from Morín in putting his family’s story out in the world, even braver still to show the hard-won pathways to love, forgiveness, and light. 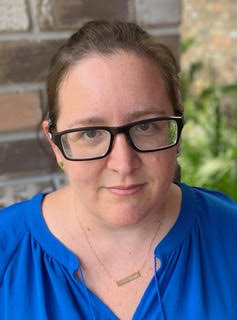 Emily Webber’s writing has appeared in The Writer magazine, the Ploughshares Blog, Five Points, Maudlin House, Brevity, and Slip Lip Magazine. She’s the author of a chapbook of flash fiction, Macerated, from Paper Nautilus Press. Find more at emilyannwebber.com and on Twitter: @emilyannwebber.