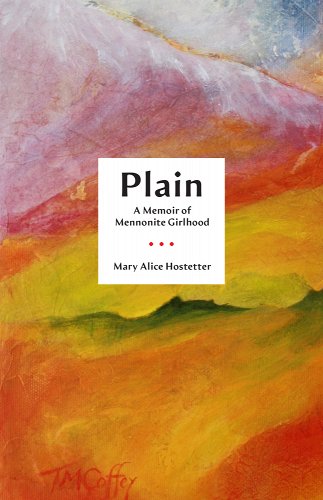 I grew up in a rock-n-roll world filled with loud rebellions. My brothers and I cranked our stereo to ten during radio-station battles with neighbors, brandished devil horns while chanting lyrics from bands like Queen, Motley Crüe, and Iron Maiden, and yelled expletives at anyone who challenged us. Most of these rebellions took place in a rust-belt town in the middle of Upstate New York. On country drives with my father, we’d pass the Mennonite and Amish enclaves that had settled in the nearby rolling hills.  As I studied the children playing, or more often working, on their farms, I often wondered what mysteries governed their lives, which I assumed were vastly different from my own.

I met Mary Alice Hostetter in a 2015 writing class. By the time I read her Modern Love essay, “Dear Dad, We’ve Been Gay for a Long Time,” I’d fallen in love with her spartan-yet-poetic style, understated sense of humor, and the care she uses to develop her characters. I expected Plain: A Memoir of Mennonite Girlhood (University of Wisconsin Press, December 2022) to deliver on the aspects of her writing I admired, as well as the mysteries I’d long been curious about. But teach me about rebellion? Probably not.

Plain is a coming-of-age memoir built on the tension between loving a place that nurtures you and never feeling like you truly belong to it. In the prologue, a much older Mary Alice encounters a young Mennonite woman at an outdoor market who “could be her daughter or granddaughter if [she] had become who [she] was expected to be.” Mary Alice wonders if the young woman feels as trapped as she once did. Was she embarrassed by her modest clothes? Did she question the laws governing not just her attire, but every aspect of her life? More importantly, would she be horrified to learn about Mary Alice’s wedding to a woman?  The light in the young woman’s eyes prompts Mary Alice to question the assumptions she’s made about this world and the journey she’s taken away from it.

In subsequent chapters, Mary Alice delivers an endearing account of her rural upbringing not far from Lancaster, Pa. One of 12 children raised on a farm just past Jesse’s Lane, Mary Alice spends her days counting eggs, doing chores, and helping prepare family meals. It’s a plain world that lives up to the book’s title. Mother doles out important lessons while frying donuts or darning socks. Older brothers tend the animals. The family plays simple games while snapping beans and prays together at church. The work is never done.

While Plain is a quiet memoir, it’s not a slow read. Mary Alice uses humor, yearnings, and curiosity to build dramatic tension within the mundane experiences of farm life. In the chapter “Billy Graham’s Necktie,” she threads her worries about not feeling called to join the church around her mother’s anguish that she’s not a member, especially now that Mary Alice has reached the age of accountability. Pressures quickly mount.

Her mother tells her she “feels the spirit moving in [Mary Alice]” and invites the preacher for this year’s revival to supper. At the beginning of their meal, he prays that “those who would not heed [the] call not close their ears and heart.”  During the revival’s final service, he “booms, ‘Get thee behind us, Satan,’” delivers a long and winding sermon on the dangers of temptation, then announces a call to the altar for those who wish to be saved (or saved again). While others come forward, Mary Alice remains seated. The preacher asks the congregation “to prayerfully repeat the last two verses of their closing hymn.” In what feels like an homage to the “Salvation” chapter from Langston Hughes’ memoir The Big Sea, Mary Alice struggles with whether to please those she loves or follow her heart, which doesn’t feel full of sin.

Throughout the rest of her memoir, she uses rebellions around clothing, whether to watch movies, and her desire to go to college directly after high school to up the tension around her need to leave. Any criticisms waged against this world are balanced by a fierce look at her own failings, which are often around judgment or a failure to love. In fact, it’s love coupled with the tension between Mary Alice’s desire to be seen for who she is and what’s expected that makes this book work. The care she uses to develop this world in early chapters gave me a deep appreciation for the culture in which she grew up and deep empathy for the longings she faced within this world that served her yet didn’t fully see her—an experience I could certainly relate to.

If I had one wish for Plain, it would be that it focused a smidge more about Mary Alice’s coming out story. While she does an excellent job bringing up the contradictions around gender within this religious community and the schism the church will eventually face around whether to admit gays and lesbians without breaking her narrative thread, I wondered whether she faced her own internal schism, and if she did, how she resolved it.

But as I reflect on this, I can see how a greater emphasis on her sexuality might dampen my appreciation of the world in which she grew up by placing undue weight on the part of the book that takes place far from the farm that would one day prepare her to heed her own call. Instead, she capitalizes on her family’s steadfast yet measured adherence to their values to help us understand her family and her choices. Keeping the conversation about her sexuality alive, yet understated, helped me learn a key lesson from her book: not all rebellions need to be loud and in your face. Sometimes the quieter ones have the greatest power. 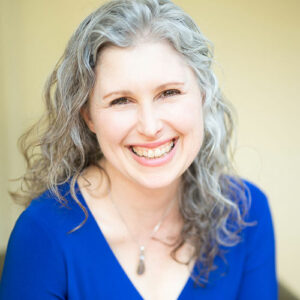 Lisa Ellison is a writer, speaker, and writing coach with an Ed.S in Clinical Mental Health Counseling and a background in mindfulness. A regular contributor to the Jane Friedman blog, her essays have appeared in Huffpost, Hippocampus Literary Magazine, and Kenyon Review Online, among others. She’s working on a memoir about how a promise made during a heavy metal tour that visited post-Bosnian War Yugoslavia saved her from dying by suicide just like her brother.