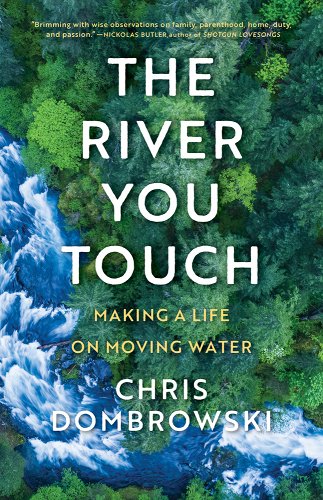 One moment, you’re wild and free, chasing your dreams down the Big Hole River in Montana, and the next moment you’re a parent struggling to make ends meet, pressured to give up your creative life and pursue something more stable. This is the scenario Chris Dombrowski retells in his memoir The River You Touch: Making a Life on Moving Water (Milkweed Editions, October 2022).

Lyrical and complex, The River You Touch keeps you grounded in the wonder of nature and place as the author navigates through life as a parent, writer, and partner. Dombrowski, a poet, writer, and fishing guide, seamlessly weaves together new and interesting perspectives on fatherhood while painting moving scenes of the American West and allowing glimpses into the many challenges of parenthood and the writing life.

Dombrowski’s descriptions on becoming a parent are captivating, showing the tenderness and vulnerability of fatherhood. His adoration for his wife, Mary, who he describes as his “heroine” in “Begin, O Small Boy, To Be Born,” shines through clearly in lyrical prose:

“The manifold radiance of an expectant mother: hips widened to the hilt, abrupt, pear-like slope of the belly, cheekbones staunch with strength, skin lambent as if lit from within.”

His awareness of his part in the birthing process is as intriguing as his appreciation for his wife’s pregnancy. He notices a very pregnant Mary has “drawn into herself,” her “desire to communicate with fewer words, or perhaps none,” and he responds with self-reflection: “How long has she been trying to express this… while I’ve been oblivious to her desires?” Later in the chapter, he refers to Mary as the pilot of the birth, her birthing doula, Colleen, as the co-pilot, and himself as the flight attendant, happy to “bring ice water, squeeze hands, wipe sweat, rest a palm on a bare, shaking knee.” He continues:

“Otherwise, I stand numbly stage right with my silent plea that the four strong and utterly capable women in the room will soon deliver a breathing, wailing child into Mary’s arms. I don’t want to miss a moment of the spectacle, but I can understand why so many men of my father’s generation—then erroneously considered the stronger gender—forwent this moment of turbulence and milled around the waiting room with unlit cigars in their coat pockets.”

His writing about place forms vivid counterpoint to these scenes. Descriptions of western American landscapes in The River You Touch are powerful and omnipresent—anecdotes and descriptions of place are woven into almost every chapter. In “The River of Real Time,” Dombrowski recounts what it was like to take his son camping along the river he loves so much. “In this cherished spot, a place we visited frequently before Luca was born, I sleep fitfully.” He goes on:

“Before dawn in the faint light, I tend a small driftwood fire. A peregrine falcon perched high on a cliff speckled with pale bird droppings cries shrilly for its fledglings, and from a hidden nest her cast of young birds peep a response… I hear the tent unzip and turn to see Luca, his brow furrowed, rushing across the sandbar to me. I pull his warm, fresh-from-the-sleeping-bag body to me and hold him to my chest, his rapid heartbeats hammering into mine.”

Sprinkled throughout the text are references to the writing life, from financial woes to job scarcity to the haunts of writing a memoir. In “Visitors,” Dombrowski writes:

“My fear of memoir is that the mind-set it demands often removes its maker from the all too fleeting present inhabited so exquisitely by the flora and fauna and fixes him in the past tense’s ‘vise of stone.’”

Later, as he increasingly struggles to provide financially for his family, he muses that “maybe creative writing is just daydreaming, like Freud said, a continuation of and substitute for the play of childhood: maybe I should just grow up…” There is a softness to the way he looks at the “danger and suffering” in his own life that leads the reader to reflect on their own ordinary life.

The River You Touch: Making a Life on Moving Water is a quiet memoir, a moving meditation of the nature of man and land. In Dombrowski’s words, “A river is a thread sewn into time that is not subject to time, or at least not subject in the way we humans are.” 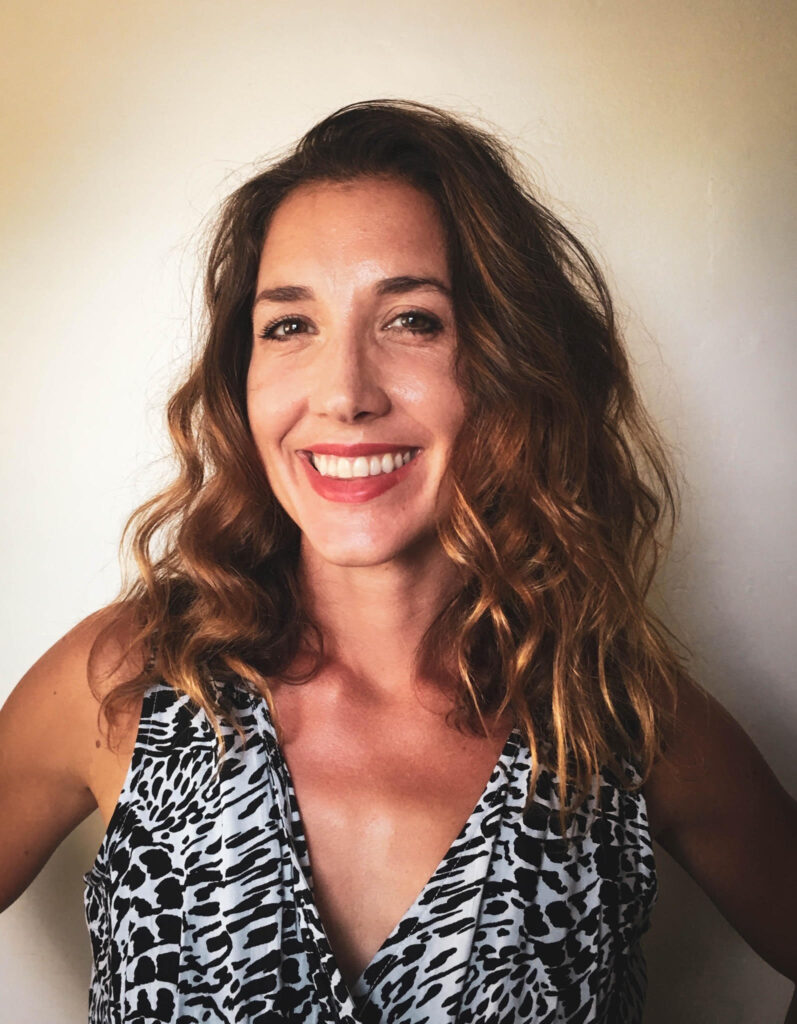 Aurora Bonner is an environmentally-inspired writer and teacher. Her work has been published through national and regional publications, including Under the Gum Tree, the Colorado Review, Assay, Brevity, Hippocampus Magazine, and in the anthology Dine published by Books by Hippocampus. She holds an MFA in creative writing from Wilkes University.