I’m melting through my neon green polyester polo. I’m 17 — pushing and pulling a powerless sweeper to pick up stale fries and half-eaten nuggets. A little league team just left. Two fathers and an army of lanky boys in knee high socks, blue stripes up each side. They left dozens of cleat marks, black commas on the floor I’ll mop at close.

At Wendy’s I think about fathers.

I’m told to remember their orders. I have Hershel Adkin’s baked potato, three butters and two sour creams ready on a tray before he has shuffled his 80-year-old-legs half the distance between his yellow Mustang and the door. He likes when I do this. Once he slipped me his phone number and asked if I wanted to go riding with him. I smile. I’m polite gritting through my teeth. I don’t know how to say no yet. I feel more ashamed of my own body than of the way his number written out is proof of his tremors.

With my sweeper, I work my way to the front windows that look out across Main Street. Outside summer dusk falls over small-town Appalachia. Nothing is happening out there, but I want to be there feeling the humidity of day breaking.

Then, I see my father and his 24-year-old wife getting gas at the BP across the street. My father, filling up the blue 1992 Chevy Lumina. His wife in the front seat, a paisley scarf tied in her hair. The van is most familiar. Backseat sibling brawls to family vacations. I know the passenger’s sliding door doesn’t open from the inside anymore. What does my father know?

Shouldn’t he know that I’m working here? I can’t remember the last time we’ve spoken, but now I want to yell. Look! I’m in here. I’m working and you’re free.

You don’t even know where I am!

Is there anything worse than seeing while not being seen? 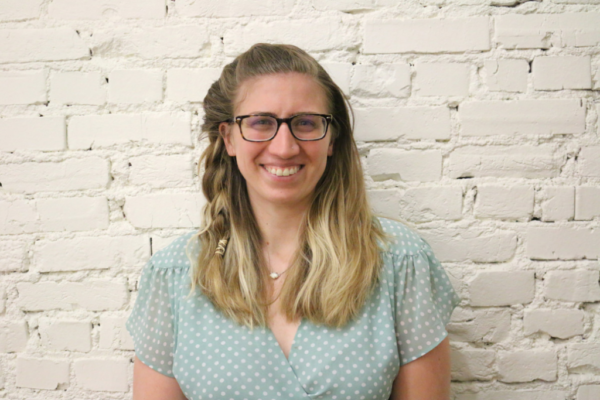 Morgan Eklund’s poetry has appeared in the North American Review, The Louisville Review, ABZ, Whiskey Island, and the Whale Road Review. She has received nominations for the Pushcart Prize and the Best New Poets anthology. She received the 2012 Emerging Artist Award from the Kentucky Arts Council and is the winner of the 2008 Sarabande Books’ Flo Gault Poetry Prize. Originally from Kentucky, she now lives in Chicago and is pursuing her MFA in poetry at Northwestern University.