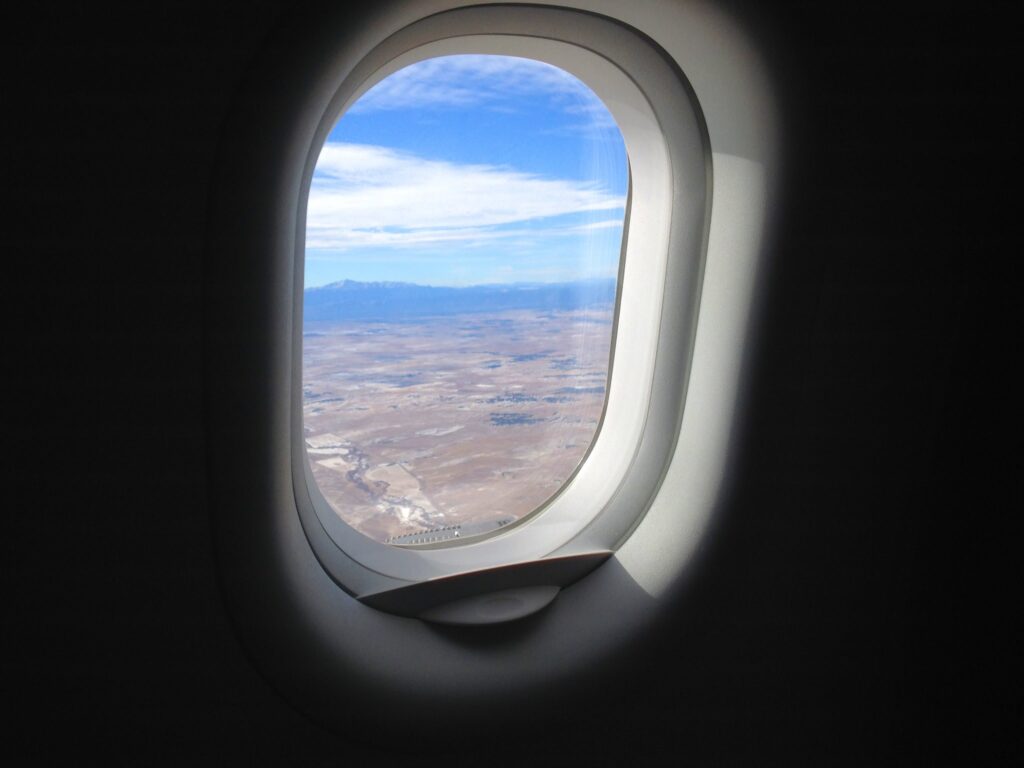 As the plane reaches cruising altitude, we listen to the pilot’s brief welcome. For the next nine hours and twenty minutes, we stare at our screens, at the bright blue sky outside our window, at the other passengers sitting across the aisle from us, and at the cheery flight attendants serving water and pretzels, then dinner, then more water, then breakfast. Sometimes, we catch ourselves staring at each other. My mother sleeps for some of the flight. I don’t sleep at all.

I have flown with my mother more than a few times. She is an easy travel companion, who fusses little during flights except for when the plane trembles and dips through turbulence. In these anxious moments, she grips both armrests and squeezes her eyes shut, yelping: “I’m scared!” or “I don’t like this!” To counter my mother’s fear, I remain undisturbed even as heart thumps hard against chest. I become yin to her yang, the opposing force to regain balance in our universe. The airplane steady once again, she returns to her calm and I take deep breaths.

“How long is this flight?” she asks.

“A little over nine hours,” I reply. She’s just asked me the same question minutes earlier.

“Nine hours?” she says, disgust on her face. This is the normal duration of a transatlantic flight, but her sense of time has been changing. I didn’t recognize the doctor’s diagnosis right away. On this airplane speeding through time zones, I cannot escape it.

“Yeah, you can sleep,” I urge. The wonders of our Europe journey behind us now.

I select a movie on my iPad, set it on my tray table, press play and begin watching. My mother peers at the screen. She doesn’t object when I slip the headphones over her ears and turn the screen in her direction, hoping she’ll be distracted for the next few hours. I watch a movie on my phone.

She has become more stubborn and irritable in the past few years. I forget until now. We only see each other during the winter holidays for two weeks and for a little longer in the summer when I have a break from teaching. I don’t witness the slow erasure of her memory.

She’s not a stranger to long flights. We’ve traveled to the Philippines, my parents’ motherland, twice together, once as a family when I was nine, and again three decades later when I had been living on another coast and she’d been a widow for some twenty years and working on the ferry system in Alaska.

In her uniform, even at 4’11”, she looked like a ship’s captain. Dedicated, diligent, she was a steward and cashier for one week, living onboard the boat, the crew like family, then returning home for a week off. This was her schedule for so many years. She’d been an Avon Lady and a nurse’s aide before that, jobs she enjoyed, but on the ferry she re-forged a dauntless independence and identity apart from her children, meeting wayfarers from around the world who’d come to admire the pristine waters and wilderness of the north.

“I’m ready to retire,” she’d say for the next few years after she reached seventy and claimed her bones ached. Her short black hair turning more salt than pepper.

Then one season, unaware, she held up traffic at the stoplight one too many times and, as a result, lost her driver’s license.

The next summer, I helped her clean out her house, sell whatever we could at two garage sales, and put up the for sale sign. She flew down south, moved in next door to my sister and her family, and insisted we travel somewhere every time I visited.

“How much longer is the flight?” my mother asks me after the movie is finished.

She asks the same question over the next two hours, every fifteen or ten or thirty minutes, a spiraling mind. I am patient the first few times. Then, I grow frustrated. Angry.

“I told you already!”

Rife with guilt, I summon patience for when she asks again. She does. I look at her. This is dementia asking. I stare until I see my mother again.

Six hours and twenty minutes remain. We have so much time left, and yet we don’t.

She nods her head, closes her eyes. 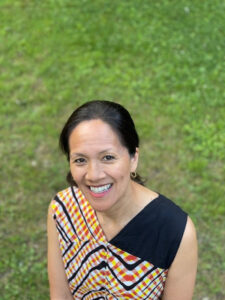 Nita Noveno teaches composition and literature at the Borough of Manhattan Community College, City University of New York. She is a graduate of The New School MFA Creative Writing Program and founder and host of the Sunday Salon reading series in NYC. Her work has appeared most recently in The Hunger, the Asian American Writers’ Workshop’s Open City Magazine, The Seventh Wave, and About Place Journal. Originally from Southeast Alaska, she lives in Queens, New York.

3 comments for “The Flight by Nita Noveno”