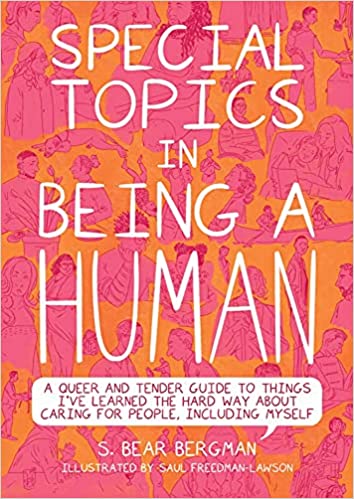 I was all of six years old when Marlo Thomas’ epochal album, Free to Be, You and Me, was first released. I don’t remember hearing the album, however, until I was a little older.

By the time I was eight years old, I was already a unique child, perhaps peculiar in the way that word was used in the 1970s. Not quite an epithet, but a statement of personal discomfort when presented with someone like me, someone who blurred the lines of expected behavior for a little boy. I was (and remain) very feminine, given to introspection, and usually had my head in a book, most often a volume of the Bobbsey Twins’ many adventures. That was when the Free to Be, You and Me television special aired, bringing the songs and skits—Mel Brooks as a baby!—to me.

I had, in my peculiar ways, already learned enough about Greek myths to wonder, when hearing Marlo Thomas and Alan Alda retell the story of Atalanta, what had happened to the golden apples. But the special captivated me, briefly teaching me a new, different, and memorable path to adulthood. One where it was okay to cry. Where it was okay to play with dolls.

I found the album on my own during one of my frequent childhood visits to Nyack’s public library. I played the album again and again, checking it out over and over again. I knew all the songs and skits by heart by the time I was able to use my allowance to buy the record for myself. The album was left at home when I went on to college and when I traveled to Japan, but when I saw the CD at Virgin Megastore or Tower Records in Tokyo, I bought it.

I write this all as preface to my review because it was on page 54 of Special Topics in Being a Human by S. Bear Bergman (Arsenal Pulp Press, 2021) that I ran smack into Chapter Four:

I immediately heard this in Tom Smothers’ voice, and I knew it was intentional. I knew the author and I had the Free To Be album in common and discovering that brought me great joy.

I read Bergman’s entire book, cover to cover, without skimming for salient gems as reviewers on deadlines are sometimes wont to do. Page after page, the author was by my side, understanding my lived experiences, caring about my progress as a human. I felt seen in ways that few self-help authors are ever able to see those of us who live on the rainbow.

And I felt loved, perhaps oddly. I’ve never met the author. (Bergman writes the advice column “Ask Bear,”) I follow him on Twitter, and have interacted with him online, clarifying my understanding of one of his many beautiful turns of phrases—frock up, from the Australian drag community, refers to a mindset you need to have as you get ready to perform any of your identities. I also loved learning a new vocabulary. The term kryriarchy, for example, was coined by Elizabeth Schüssler Fiorenza in 1992 to emphasize the oppressive, domination-centered aspects of patriarchy.

Another thing I adored about the book was the fact that each chapter ended with a summary that was formatted to be precisely captured by your cell phone camera. To take the lessons with you. I needed no encouragement as I happily snapped each chapter’s ending to save and to savor.

And there were other moments when I needed to reach for the cell phone, to capture the thoughts that resonated so well:

“What’s worse—and nearly everyone I know who’s an artist or cultural worker of any kind has expressed a version of this to me—one negative comment or harsh critique lingers far, far longer than a hundred compliments. I will dwell on the bad or even mediocre reviews, or even critical sentences in generally positive reviews of this book for a lot longer than I will enjoy any positive reviews.”

I re-read that passage and it felt meta. I have experienced this very same feeling, at work, in my writing or my other expressions of art, and now I also want to read my review out loud to the author on the daily. To share the glow that he imparted to me back to him. To ward off any critical or ill-thought reviews. I assume he is laughing at my naïveté, if he reads this, and that makes me smile as well.

The last lesson I learned, near the end of the book, hit me with the deepest impact:

“People who were disenfranchised, oppressed, abused, or otherwise treated poorly and manage to thrive anyway spend a ton of energy just to get back to a place where others start. Sometimes it’s really worth thinking about where you could be if you hadn’t had to do so much just to get up to zero.”

Yup. I acknowledge the privilege that the whiteness of my queer life grants me. And I know that the distance I traveled to zero is small in comparison to my rainbow siblings who aren’t white, or cisgender, or male like me. And this is why I am grateful to the author. He reminds me that empathy makes us humans. That our unique lived experiences are only part of our lives. It is how we interact with, empathize with, and support our fellow humans that makes for a better life. The author has long illuminated that path forward for others, and I am happy he has also done so for me. 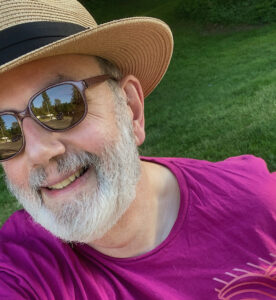 Brian Watson is currently preparing a proposal for his first memoir, Crying in a Foreign Language; Pink Lady, Fictional Girlfriends, and the Deity that Answered my Plea. Originally from New York State, he lives in the Seattle area after years in Massachusetts, Saitama, Tōkyō, and British Columbia. He spends his days with his partner/spouse of twenty-eight years, Hiro. Brian lives online at iambrianwatson.com; follow him on Twitter:@BMemoirist.