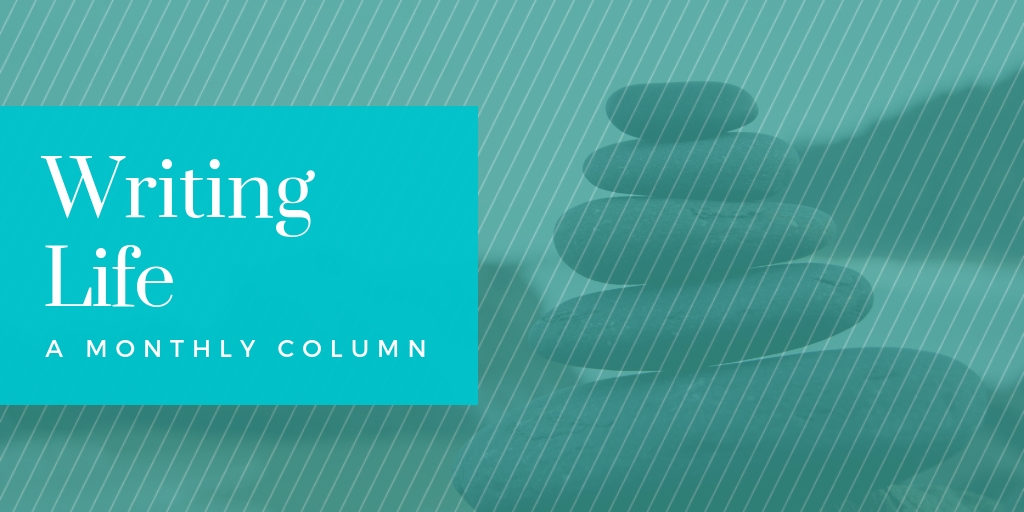 I was talking with a fellow writer about comp titles. She and I had lived in Japan for many years and as we talked, we discovered interesting intersections—the wheres and whens, the whats and whys of our experience—that made us both smile.

She wondered if I had read X Book by Y Author. I hadn’t. Her suggestion piqued my curiosity. X, I learned, had been published about ten years ago. It wouldn’t serve as a comp title, but the topic of same-sex marriage and of queer activism intrigued me.

I contacted the author on Twitter as I ordered the book from my local bookstore, The Elliott Bay Book Company. The author was kind and generous and shared how he published his book. It took a few weeks for the book to arrive and for me to find time to read it. I was taken with a few small concerns when I opened the book. I’m a rara avis—some would say weirdo—among writers; I’ve studied typography and book design. Some layout issues caught my eye. The heading typeface was odd, as if a lifeless default had been swapped in by mistake. The paragraph indents were very long. A white space and a hyphen in the place of an em dash. Or en dashes surrounded by full-width white spaces in the place of an em dash. The hyphenation was odd too. A hyphen after the first two letters in license was jarring.

If those typological discomforts were the only issues, I would agree if people said I was nit-picking. But they were not the only issues. Spelling and grammatical errors were legion. Subject-verb agreement issues. Commas where periods were meant to be. Each word spelled incorrectly, each broken verb, they pierced me. I wondered if I could stop reading—I feel guilty when abandoning a book midway.

The next chapter, a coming-out story, had profound emotional impact. This is where the book should have begun, I thought. This punch to the gut. Some of my pedantry melted as I cried at the protagonist’s experiences. I still cringed when errant carriage returns appeared on the page, dividing sentences into separate paragraphs, but I now knew that the author had the power to repay me for my annoyances.

The book ends in a marriage, the happy ending that classical comedies demand. The book does not read as a comedy, though. It is grimmer, examining the emotional challenges of the protagonist throughout the agony of the rapidly changing marriage equality questions that stormed the United States in the early 2000s.

When I put the book down at its end, I wondered about my memoir. I have few concerns about the punch in the beginning. Of greater concern were errors. I have been through revision after revision. They number somewhere around the seven mark, having met Allison K Williams in a digital classroom back when I was in my first draft and she was in the final nine months before her Seven Drafts hit the shelves. My worry about errors, about the potential for errors to distract or, worse yet, dissuade readers pricked at me.

I had brushed aside one step that Allison recommends: To print out the entire manuscript and then to retype it all. An unjustified confidence made me think it was unnecessary. How bad could my manuscript be?

But I remembered that I had done a major revision, reading every sentence from the end of the book forward, to catch errors and mistakes. To make sure my acronyms and initialisms use small caps. To spell out my numerals less than 100. To find any straggling instances of filtering language. All before sending the manuscript to an interested publisher. On the day I sent the manuscript, a sharp panic struck within the hour: The first chapter had been revised, and that revision required a corresponding change later in the manuscript. A change I had forgotten to make.

I scrambled. I went back in, found the scene I had to revise, and as I wrote in the additional, needed dialogue, I saw errors. I had been so. Very. Certain! That I had caught them all. A flush of embarrassment spread through me. The publisher has these errors!

With the needed dialogue added, I fixed the errors and did a global search to make sure similar ones were caught as well. And I sheepishly sent an email to the publisher with the updates, saying that I had sent, earlier, the wrong version. Not to worry, they reassured me. No one had yet begun to read it.

With that, and with the experience of reading X Book, I am now retyping. I am sure there are more errors lurking. I am sure I will cringe when I catch them. But it will be me who does the catching. Not my readers. And that was one of the gifts that reading X Book gave me. There is always more I can do as a writer to be what my readers will hope for. 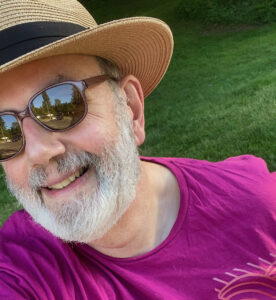 Brian Watson is currently preparing a proposal for his first memoir, Crying in a Foreign Language; Pink Lady, Fictional Girlfriends, and the Deity that Answered my Plea. Originally from New York State, he lives in the Seattle area after years in Massachusetts, Saitama, Tōkyō, and British Columbia. He spends his days with his partner/spouse of twenty-eight years, Hiro. Essays have been published in Brevity’s Nonfiction Blog and in the CLAIR Forum, the newsletter of the Japan Local Government Center. Brian lives online at iambrianwatson.com; follow him on Twitter @iambrianwatson.

1 comment for “WRITING LIFE: An Unlikely Motivation by Brian Watson”