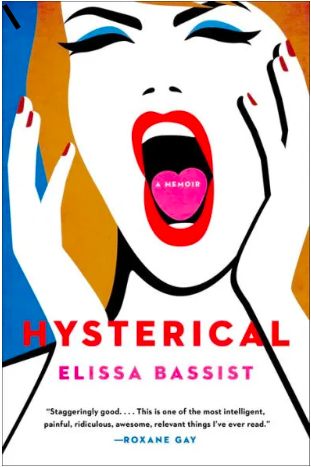 There might be a better example of a book landing like a douse of oil into an incendiary marketplace than that of Elissa Bassist’s Hysterical: A Memoir (Hachette Books, Sept. 2022) being released into a post-Dobbs world, but I am hard-pressed to think of one.

Bassist’s memoir-in-essays of her journey through a medical landscape by turns skeptical, dismissive, condescending, and apathetic to her chronic pain and to the inconvenient femaleness of her body is meant to infuriate, and it does.

More than a collection focusing on women’s pain and their bodies, Hysterical also addresses the issues of women’s speech, their silence, and their silencing. We begin with Bassist’s blurred vision, for which she is given new eyeglass prescriptions rendered obsolete in a matter of days as the world falls out of focus again and the headaches rage on. The ophthalmologists are followed by neurologists, allergists, radiologists, a gastroenterologist and—but surely you saw this one coming—psychologists.

The opening essays examine years of undiagnosed, misdiagnosed and crowdsourced diagnosed pain, both Bassist’s own and that of the grande dames of the women’s pain literary canon: Leslie Jamison, Eula Biss, Sonya Huber, Joan Didion. Throughout, Bassist cites—with the fury of those who have been dismissed too many times—medical studies, sociology texts, pop culture references and even herself, providing snarky asides to her own snark.

In the initial read of the essays, I found this footnoting distracting, even as I understood the root of it—the file folders of backup demanded of a woman whose authority is constantly challenged, even when the subject at hand is one over which she would have prime if not sole authority: the experience of living in her own body. However, in the later essays, as she explores her early jobs in publishing (“Men wrote ‘fiction’ while women wrote ‘chick lit.’ ”), I began to miss those asides, as I had grown accustomed to her voice and her comments on her voice, like an actor stepping to the apron of the stage to address the audience in an aside, making them complicit in the action.

Bassist’s command of prose is as honed as the muscles of an Olympic gymnast. Her intelligence shines; her wit is so dry it is parched. A humorist by trade, she earned her battle scars in comedy, a field which has made some strides towards inclusion but where the majority view still seems to be that the best way to be a funny woman is to be funny, or a woman, but not both at once.

“Laughter, I’d learn,” she writes. “. . . [is] a sound of surprise, which is also a sign of handing over control and status to whoever makes you laugh or laughs at you.”

There is a terrible ex, to whom she bestows a wicked nickname I won’t spoil here. She endures a sexual assault . . . or was it? (The essay “Why I Didn’t Say No,” is one that should be read in private, with time allotted to calm down.)  In the aftermath, she is dismissed by two doctors until a third determines that her cervix was “torn like a new mother’s.” A male student in her writing workshop suggested she invent a “new word” for her “situation” in his critique of her essay, offering “Diet Rape,” “Rape II,’ “Caffeine-Free Rape: a rape substitute” or “I Can’t Believe It’s Not Rape.”

Finally, although this story is familiar to many, I would be remiss if I did not bring it up. It was Elissa Bassist’s letter that Dear Sugar, later revealed to be Cheryl Strayed, responded to in The Rumpus, in which she lamented that she wrote “like a girl,” that she was “a pathetic and confused young woman of twenty-six, a writer who can’t write.” Strayed, responding as Sugar, commanded Bassist to “write like a motherfucker,” a phrase now emblazoned on a coffee mug for sale at your next writing conference.

The good news for everyone is, she does. 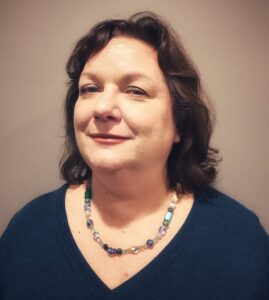 Elizabeth Bales Frank is a novelist and essayist based in Astoria, New York. She earned her BFA from New York University and her master’s in library and information science from the Pratt Institute. Her novel Censorettes was published in 2020 by Stonehouse Publishing. Her website is elizafrank.com.