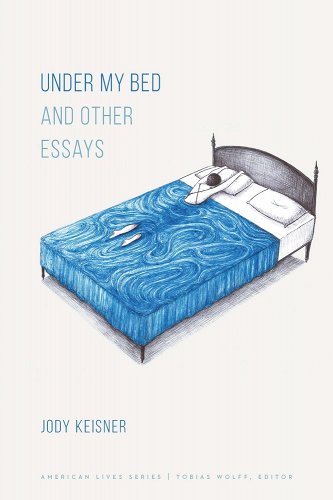 One night when I was eight years old, my mother and I heard a thump from downstairs as we watched TV in her room. She bolted upright and seized my hand: “Did you hear that?” she whispered. It was just the two of us at home, my father and brother out of town for the weekend. I understood the terror that had gripped my mother, and now it gripped me, too. My limbs turned cold as I imagined a masked man climbing the stairs—and colder still as my mother picked up the phone and called the police.

This moment has stayed with me, not because any harm befell us (the noise turned out to be a loose shutter), but because it revealed the depths of my mother’s vulnerability and the limits of her power to protect me. I learned that night that growing up was no guarantee I’d outgrow my fears.

I often thought of this memory while reading Under My Bed and Other Essays (University of Nebraska Press, September 2022), Jody Keisner’s gorgeous, stirring, and deeply probing exploration of what it means to be human in a world that gives us plenty of reasons to feel unsafe—particularly if we are female. Over 80 percent of women, Keisner points out, will at some point experience sexual harassment or assault, and 20 percent will be the target of an attempted or completed rape. But Keisner isn’t concerned with statistics as much as she is their cumulative emotional effect, the low buzz of dread that follows so many of us through our days. Where do our fears come from, her essays ask, and just how profoundly do they shape the people we are?

Haunting the pages of Under My Bed is a malevolent male figure—the same shadowy, indeterminate predator my mother and I had been conditioned to fear. “I dream about a man chasing me through unlit parking lots and deserted homes,” Keisner describes in her title essay. “The man is a dark shape in an alley, a monster at the bottom of the stairs, a volcano of evil in a flannel shirt and grease-stained jeans, always faceless.” Combining the attention of a scientist and the receptivity of a poet, she mines her memory for the sources of this paranoia, including her early exposure to horror films and her discovery, as a young girl, that a serial killer had murdered two children in her Omaha, Nebraska, suburb.

Chilling as these recollections are, it’s Keisner’s ability to conjure life’s more subtle and private forms of terror that makes her writing so powerful. Searching for the roots of her fears, she returns again and again to her own loving but volatile adoptive father—an ex-Marine and railroad mechanic who became increasingly violent after a series of job losses. In “Haunted,” she chronicles a childhood spent moving from home to home as her parents attempted to outrun their dissatisfactions. Each house became, instead, a new container for her father’s angers. As she grew, she writes, “his rage grew, too: it was his face and the gristle of his ears flushing, sweat pooling in pockmarks left over from teenage acne, his mouth a snarl, his eyes hard and hateful—a look that, to a young girl, says I could hurt you.” The monsters of our imaginations, Keisner reminds us, often have their origins in our own homes.

Fear takes other shapes in Under my Bed, creating a kaleidoscopic portrait of a psyche on edge. In “Fracture,” Keisner’s childhood memory of a broken collarbone gives way to a meditation on adoption, the rupture between her and her birth parents becoming its own sort of haunting. In “The Secret of Water,” Keisner explores the lasting reverberations of the death of her mother’s sister, who drowned at the age of 12, her story a clinging reminder that tragedy can strike at any time. And in “Body Language,” Keisner reckons with the onset, in middle age, of a debilitating and irreversible autoimmune disease, revealing how our own flesh can become a locus of threat.

Some of the book’s most breathtaking scenes explore how motherhood heightened Keisner’s alertness to life’s fragility. Watching her small daughter sleep one evening, she thinks, “Every night she’s shed a former self, the yesterday-self gone, the young child growing and growing….Touching her cheek is enough for me to wish for a parallel universe where children never die, a place where all of Lily’s former selves will go.” Here and elsewhere, Keisner deftly conjures the entwined emotions of love and dread.

One might expect a book about the nuances of fear to be a dispiriting read, but remarkably, my overriding emotion while reading this collection was hope. As she faces her worries head on, Keisner grants herself—and her readers—access to the deeper, more sustaining forces that underlie our anxieties: attachment, devotion, joy, and an exquisite awareness of the preciousness of life. What we most fear, her writing reminds us, reveals what we most treasure. The greatest triumph of Under My Bed and Other Essays is how masterfully Keisner captures this inescapable tension. 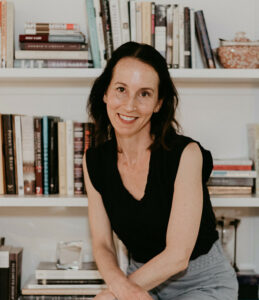 Nicole Graev Lipson’s essays and criticism have appeared in Creative Nonfiction, Fourth Genre, River Teeth, The Washington Post, The Boston Globe, and other publications. Her work has been awarded a Pushcart Prize and selected as a “Notable” in The Best American Essays. Read more of her writing at www.nicolegraevlipson.com.