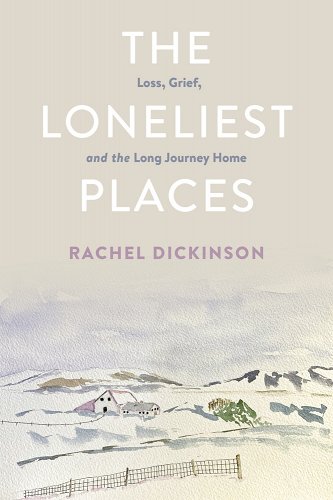 When my oldest son died at 20 in a single-car crash, my world went still. Like many who suffer sudden loss, I was stunned by the way life went on for those around me, while mine would never be the same. Though his death was an accident, my boy had transformed from a charismatic, engaging teen to a young man struggling to find hope in a dark time. I came to think of his passing as the combination of a long, slow decline—one I’d fought to halt at every turn—and a shocking, tragic death.

Rachel Dickinson, a prolific nonfiction writer, knows the isolation of grief and the sensation of time having stopped—or wishing it would—firsthand. Her new essay collection, The Loneliest Places: Loss, Grief, and the Long Journey Home (Three Hills Press, 2022), about her son Jack’s death by suicide in 2012 at 17, brought me back to that time in a visceral way.

These essays, organized into 13 sections by mood, theme, subject matter, or tone, rather than chronologically, take us on a meandering journey to settings as varied as the Falkland Islands, Iceland, a remote Audubon camp on Maine’s Hog Island, the Chesapeake Bay, Italy, Arizona, and the Inner and Outer Hebrides. Against these backdrops, Dickinson searches for respite and ways to process her son’s death far from the suffocating grief she experiences at home in Freeville, N.Y., where she retreats to the safety of  “the Green Chair in the Pink House.”

Dickinson’s meditative style and use of metaphor elevate what might otherwise be simply a beautiful, detailed description of place, flora, and fauna to a much deeper study of what nature has to teach us about ourselves and our relationships. Insight into who she is within a family and the greater world, her grief following Jack’s death, and what it would mean to go on without him reveals itself to her in many forms and invites us to consider how these revelations apply to our own lives and losses.

The author’s prose and powers of description shine when she delves into her struggle to go on as she learns to live in the liminal space between what was and what will never be again. A couple of years after Jack’s death, she develops vestibular neuritis and is unable to walk without falling—the physical embodiment of being thrown for a loop. She finds myriad layers of connection between falling and failing, what she terms emotional death by a thousand failures, the biggest of which, she is certain, was her failure to keep Jack alive.

Similarly, she draws parallels between painting techniques and her need to “soften the edges and let others in.” Each essay provides another angle, another lens through which to view the author’s grief and, more broadly, the ways she interprets the world.

Again and again, I’ve returned to “Anticipation,” which introduces perhaps the most moving metaphor of all. Dickinson considers how the swarm of little earthquakes that precede a volcanic eruption connects to the signs she believes she and her husband ignored or misinterpreted leading up to Jack’s suicide:

I wasn’t ready to acknowledge the part we played in Jack’s death, she writes. We didn’t realize we were witnessing the human equivalent of an earthquake swarm and we failed to triangulate using the abundant data. But as I read, I thought of how, even when we recognize troubling signs, as parents we often cannot prevent the unthinkable from happening.

Later, the author arrives at a deeper understanding of what this obsession with volcanoes means both in reference to Jack’s life and death and about herself:

For much of the book, readers may wonder if Dickinson will ever find her way back to herself and to her family, the husband and three remaining children who need her. Yet just as we begin to despair, shafts of light gradually reveal themselves—her vision of the Green Chair as a launchpad, catapulting her into her future; seeing Jack in the sunrise and sunset; Let me be, whispered to the air, the water, the birds overhead, encouraging Jack to release his hold on her.

As the parent of a child who has died, I was moved by small, familiar scenes, and I felt known. Comforting those who had no idea what to say when they ran into her for the first time after Jack’s death; stalking his friends’ Facebook posts for clues to pieces of him only they could know; feeling like a stranger in a foreign land. The sightings—times she “saw” her son in familiar places, as I have seen mine, at the age when he died or as I imagine he would be these many years later.

A grief memoir is, by nature, sad. The essays in The Loneliest Places: Loss, Grief, and the Long Journey Home plumb the depths of that sadness in a way that allows us to join Dickinson where she is, empathize and cheer her on, and ultimately find solace in her ability to envision a path forward. The power of grief writing lies in its ability to help others who’ve had similar experiences feel less alone and to increase empathy in those who have not.

When she writes, I know grief is a universal, but when you’re in the middle of it, it doesn’t seem like anyone else can possibly understand what you are going through, Dickinson skillfully invites us into her world. 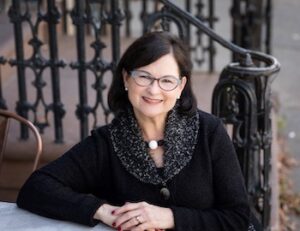 Casey Mulligan Walsh writes most often about life at the intersection of grief and joy and embracing the in-between. Her essay, Still, about her son’s death, published in Split Lip, was nominated for Best of the Net. Her work has also appeared in The New York Times, HuffPost, Next Avenue, Barren, the Under Review, Modern Loss, WebMD, and elsewhere, and is forthcoming in Daring to Breathe, an anthology exploring how grief morphs through time. Casey has completed a memoir, The Full Catastrophe, about the search for belonging, the fight to save a struggling child, and the quest to find meaning in the wake of repeated loss. Find her at www.caseymulliganwalsh.com.

3 comments for “REVIEW: The Loneliest Places: Loss, Grief, and the Long Journey Home by Rachel Dickinson”