The first time I said “God damn it” was when the back of my scapular fell into the toilet. Rookie mistake. You start wearing a habit, the first thing they tell you is “Watch it around toilets.”

The timing was lousy; I was racing between classes my first year teaching at a high school in Napa, trying to take a pee. Sister Patricia, the dean whose office shared a wall with the faculty bathroom — yuck — agreed to cover my class so I could run over to the convent and change, pinching the soggy scapular away from my body.

It was the white Dominican habit Sister Marie Celine made me, the one I received when I became a novice, the minxy hem of which hiked mid-thigh when I reached to erase the blackboard, a habit on a body with its own story to tell.

The rule was that all sisters wear a habit while in ministry, but not all sisters obeyed. Some had dispensations because they worked for agencies not sponsored by the sisters or the Catholic church. Some argued that habits were a survival from the way all women dressed during the Middle Ages. “Why,” they asked, “are we retaining these anachronistic costumes, these external trappings that separate us from the people we’re here to serve?”

Several from the latter camp wore habits on the rarest of occasions: perhaps a vows ceremony or a funeral or maybe a meeting if you represented the sisters on an institutional board. Some wore the habit, but not the veil. A few mavericks wore the habit never. Novices and sisters in temporary vows — who relied on votes to move from one stage of formation to the next — wore them as required, and most especially while visiting the motherhouse, a bastion of elder sisters inclined toward maintaining old ways.

The summer I was a novice living at the motherhouse, I was assigned a chapel prie-dieu behind a sister I admired, a gentle justice warrior with a Young Turk streak. Her compassion extended to the kind best wishes she sent when I left after 14 years. Her habit, though. One morning at prayer, her tunic and scapular looked like stage one of a tie-dye project, like she’d wadded it into a ball the night before, secured it with duct tape, and pressed it between a couple volumes of the Summa Theologica in case it tried to move. You did not need a Ph.D. in semiotics to sense some ambivalence, there. It was a lot to absorb.

Sweet Sister Marie Celine, an elder with little ballet bangs and a nervous giggle, made my first habit from a fabric I’d selected for breathability rather than drape. The habit comprised an A-line, just-below-knee-length tunic, more fitted than I’d expected, with three-quarter-length sleeves and a long zipper up the back. Over the dress went the scapular, draped from the shoulders and hovering above the dress’s hem in a rectangle front and back, a collar sewn round the opening for my head. The veil was a shoulder-length drop of white polyester banded by Velcro that attached to a rigid corona and comb I would jab into my thankfully unsensitive scalp. When I tried it on, Sister stepped back to admire her work.

And I did. The novitiate operated out of a rented house up High Street in Oakland, walking distance to a Catholic church and not far from the theological union in Berkeley. The novice director deemed going to school a ministry, and so the other novice and I would lurch bright and white on AC Transit to the Shattuck hub, hoofing from there up Holy Hill.

Habit-garbed or not, I was bound to panic my first day of class, walking into a room with only first-row seats available. I wandered frontward and hesitated near a handsome seminarian in lay clothes, a Father-What-a-Waste in the making. He paused before taking his seat.

“What, are you a nurse?” he asked, loud enough for everyone to hear.

“No,” I mumbled, looking at my shoes, feeling like the girl who didn’t realize it wasn’t a costume party because no one bothered telling her, the girl who deep-down wanted to look cute.

My habit continued to be a magnet for unwanted attention. That same semester, an elderly gentleman leaving Mass stopped me on the church steps to press a five-dollar bill into my hand.

“Thank you for being here, Sister,” he said.

He hastened away even as I protested, “No, no — I can’t take your money.” I stood holding the fiver, absorbing how wearing a habit could become a vehicle for shame.

Because the old guy had it all wrong. I sneaked cigarettes and danced to Thriller — mamasay, mamasah, mamacoosah — in the living room when no one else was home. The other novice and I exchanged love notes we pretended came from sanctimonious guys we met at school. Yes, we prayed and meditated on scripture and took instruction from the novice director on spirituality and the vows of chastity, poverty, and obedience. But on the whole, few of my virtues warranted remuneration among the sector of believers.

That darn habit, a money maker you didn’t even have to shake.

Dominican habit lore was not part of my religious formation. Only recently have I learned that habits are white because, in the Thirteenth Century, when Saint Dominic founded the Order, undyed textiles were cheapest and thus the most ascetic. No one passed down the legend that the Blessed Virgin Mary appeared to Saint Dominic and bestowed on him the scapular, the most sacred component of the Dominican habit and certainly nothing you’d care to see dangling into a toilet bowl. No one emphasized the habit’s function, signifying its wearer a woman consecrated to God. I only felt that when I put it on, the habit projected a persona that wasn’t me.

The sisters in my community didn’t emphasize the holiness of the habit any more than they hyped the Bride of Christ trope. They were smart women who ran a college and two medical centers and schools all over the Bay Area, women dedicated to religious life and a radical read on Christian values. The band on the right-hand wedding finger was witness enough.

When I received my habit, I hugged the folded tunic, scapular, and veil to my chest as I disappeared into a convent parlor to change clothes. I felt embarrassed but pleased as the other novice and I stood in the doorway of the reception room while sisters, families, and guests applauded our big reveal. I felt like I belonged. I even wore my habit while visiting my family in the week after Christmas that first year. So what if I was mocked by Hot Seminary Guy, or felt I’d accepted five bucks on bad faith? I was going to grow into this garment that broadcast who I wanted to be.

Turns out growing in the convent meant working hard to be a competent teacher. It meant showing up — for gritty house meetings, for early morning prayer on dark winter mornings, for chores that ranged from vacuuming stairs to cleaning bathrooms to planning menus and ordering groceries. I was in temporary vows, and subject to constant evaluation, the first to spring from the table and clear after dinner or otherwise show positive intent. I was expected to articulate how I felt called by God to live this life, a feat that defied the bounds of religious practice. It was a lot to perform.

In 1988, when wearing the habit — in any capacity — became optional, I was discerning whether or not to make final vows. By then, I was trading my habit for jeans every day after school, and donned the habit with reluctance for motherhouse events. I was recovering from endometriosis surgery that summer, and was ready to listen to my body or, in this case, my gut. Though I admired the elder sisters and hated to disappoint them, I decided the habit had to go.

My sister — who’d asked, “Will they let you wear makeup?” and “Can I have your clothes?” when I said I was entering the convent — was thrilled. My clothing became her project. She supplied me with hand-me-downs and frocks culled from a dedication to thrift store shopping.

I loved the new clothes that coincided with whom I’d become over the next few years:  a smart and funny teacher who sensed God’s presence in poetry and a stunning landscape rolling in vineyards. I was the one who spiked the hard sauce each year at Christmas and spiced my speech with the perfect one-liners. I found I could enjoy convent life, a sister among sisters.  And I felt like an attractive young woman, honoring the story my body wanted to tell.

I was the first to profess vows in the motherhouse chapel wearing lay clothes, a blue print dress with an eyelet lace collar and wide white belt, to be exact.

For all that that followed — the angst of leaving, figuring out life as a single woman, a marriage now in its fifteenth year — I can say that in that moment, I was happy. And I didn’t need a habit to feel like I belonged. 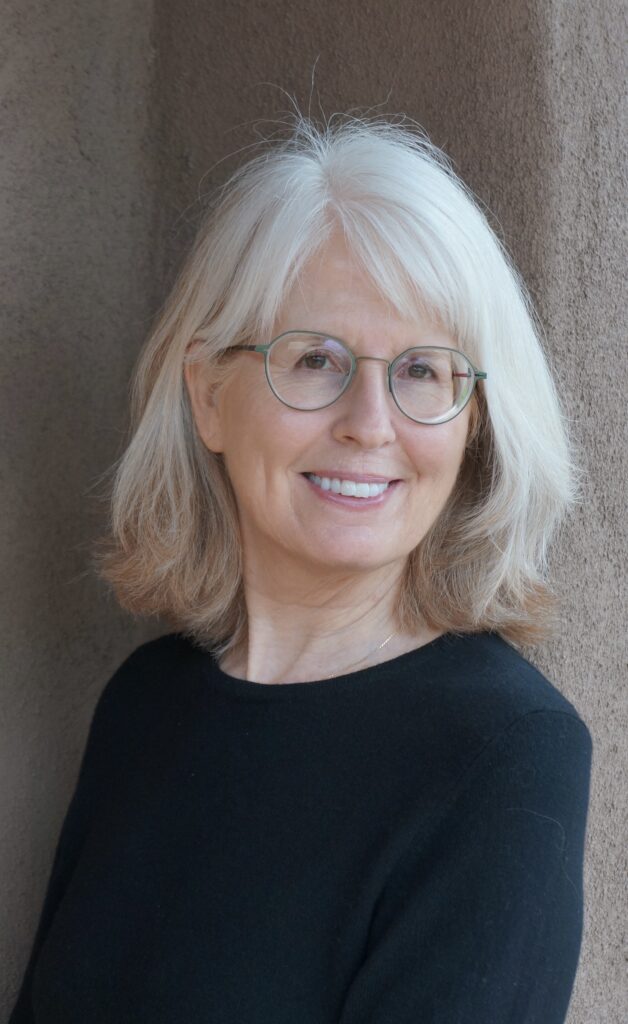 As a graduate student in folklore, Maria Hetherton became fascinated with the concept of continuity in the narration of life histories. After teaching many years, she’s thrilled to be writing, with nonfiction appearing at Epoch, Malahat Review, Ruminate: The Waking, Wayfarer Magazine, and Windhover. She’s assembling a series of essays that investigate how her convent years reflect and inform relationships in both her pre-and post-convent life. She lives with her husband in New Mexico, where they can’t stop gawking at the sky.