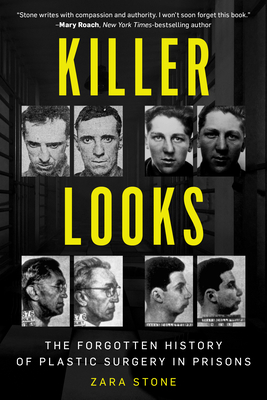 You might have seen a recent news story about DuPage County Jail in Wheaton, Illinois, which implemented a program to help inmates remove or cover gang tattoos. Coupled with job training, such as welding, these physical alterations could ideally help inmates stand a better chance at employment.  Whether we want to admit it or not, this world suffers from appearance bias: “pretty people [are] hired more, [and] paid better.”

Similarly, cosmetic procedures also covered drug-tract marks on inmates’ arms, improving their chances of getting a job. Ultimately, the goal was for the inmates to feel better about themselves mentally and physically. If they were consistently denied a job and couldn’t earn any money, frustration and desperation could cause them to seek their criminal “quick fixes” once again.

This is the idea behind a study on inmates receiving plastic surgery, focusing on the notion that the boosted self-confidence could decrease re-offending. And this study is the premise of journalist Zara Stone’s Killer Looks: The Forgotten History of Plastic Surgery in Prisons (Prometheus Books, October 2021).

Stone’s book opens with a Reader’s Note in which she explains the interchangeable surgery terms of “cosmetic, plastic, and aesthetic” appearing within the chapters. She also warns about content scenes that may be “emotionally and intellectually” disturbing to some. Following the Introduction are 13 chapters, some of which are accompanied by archived “before and after” photos of inmates, which are interesting to view.

In the Introduction, Stone begins the scene on December 6, 1967, at Montefiore Hospital and Medical Center in the North Bronx. It’s the Inaugural Montefiore Conference on Correctional Plastic Surgery. This three-day event was about “utilizing prisoner cosmetic surgery as a recidivism tool,” and the question was whether inmates with improved attractiveness would avoid committing future crimes. Recidivism is the term used in criminal justice describing a prisoner’s relapse into criminal behavior after release. Dr. Michael L. Lewin, head of Montefiore Hospital’s Surgery Division, answered that question for all in attendance.

Prior to the conference, Dr. Lewin co-directed a plastic surgery study on Rikers Island inmates. The study was initiated because of the overcrowded U.S. prisons and jails, as well as the increase in crime. Startling statistics set the stage for this study: “In New York, 68 percent of ex-cons re-offended within three years of release.” The need to keep ex-cons from returning was extremely high. Dr. Lewin had created an official plastic surgery program at Sing Sing in the 1950s where medical residents could work on the inmates. One inmate received rhinoplasty, was released, and never returned. Dr. Lewin continued to believe in this idea and wanted to improve the justice system.

The rest of the Introduction offered an overview into the history of American prisoners receiving plastic surgery, beginning at the turn of the 20th century when the concepts of eugenics and scientific racism emerged, which included falsely linking physical appearance with levels of intelligence.

The New York prison commissioner, Henry Solomon, even said to the New York Tribune in January 1910 that “physical defects…might conduce to crime.” In other words, he suggested a man with a poor physical appearance would have an easier time stealing a dollar than getting hired to earn one. Society’s appearance bias is a major theme throughout this book.

Stone agrees, stating, “This outlook wasn’t an anomaly; historically and to the present day, people have instinctively understood the societal benefits of conventional beauty.” She further argues how “beauty is a valuable currency in society,” as well as “beauty privilege is real, and it’s real uncomfortable.” The beauty issue begins at birth.

Stone reports, “By the early 1980s, cosmetic surgery was firmly established as an indicator — and pathway — to economic success. Looks were so important that a new branch of therapy was created: cosmetic behavior therapy.” She offers the startling statistic: “By 1989, an estimated five to six thousand cosmetic surgery operations took place in prisons each year.” Stone notes that the public objected that inmates benefited from “taxpayer-funded treatments that many taxpayers could not afford themselves.”

The history Stone provides in this book is fascinating. Her extreme and exhaustive research makes one realize how much — and how little — our society has changed, and is still changing, over the years. She writes:

“Today, the focus is on changing people’s unconscious biases through education, literature, and sensitivity bias training for schools, prisons, and advocates…. The majority of psychologists and criminologists I interviewed acknowledged that providing someone with cosmetic surgery is a far quicker and more effective way of improving their lot than waiting for a cultural attitude shift. The many plastic surgeons I spoke with also maintained that cosmetic surgery can change a person’s life.”

Stone not only provides a thorough history of plastic surgery on inmates and whether or not it lowered re-offenses, she also gives detailed background on the increase of crime from the influx of immigrants, the rise of illegal drugs, and the downfall of the healthcare system, including public backlash on taxes being used to benefit the inmates. But then other studies emerged, such as providing cosmetic surgery to “problem children” in an attempt to improve their social standing and gain acceptance amongst their peers, which they hoped would lead the children on a better path down the road.

Stone, along with many psychologists, explores the idea that children who aren’t socially accepted based on their appearance could possibly end up as juvenile delinquents, and perhaps eventually criminals ending up in jail or prison. Her interviews and research back up this theory, so, there are studies as to whether or not plastic surgery can “fix” them, and ultimately find out if society accepts them, while providing them new possibilities in life.

Stone also writes about two notable former prisoners who were issued modeling contracts upon release, simply based upon their looks. Jeremy Meeks, a former gang member, was arrested, and his mug shot went viral over social media. Similarly, Mekhi Alante Lucky was offered a modeling contract, as well. Like Stone suggests, “redemption is reserved for the ravishing.” Although I recall seeing Meeks’ mug shot on my local news channel, I hadn’t heard anything more about him or Lucky. After a quick internet search, it appears that they are both living decent lives, all because of their discovered “good looks.”

There is honestly so much information in this book that it warrants a more detailed review and more discussion. Stone’s extensively researched facts, testimonies, and opinions make for a compelling read. She recreates scenes with vivid pictures of the people involved, the politicians, and even personal accounts of inmates themselves. These subjects are all brought back to life within the book.

Killer Looks is an essential read for anyone curious about the criminal justice system and/or appearance bias. Additionally, this book would make an excellent resource for college students with related majors and career interests. The thought-provoking ideas in Stone’s book, from prison reform to decreasing the drug epidemic to the topic of beauty bias, could lead to further studies and hopefully implementation.