Quagmire: Personal Stories from Iraq and Afghanistan (Potomac Books, 2021) is a collection of short essays edited by Donald Anderson, a 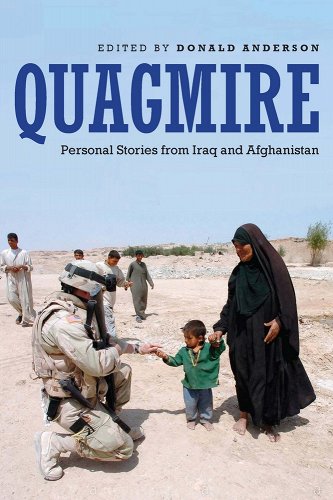 professor of English and writer-in-residence at the U.S. Air Force Academy. Astutely titled, these stories force readers to review the minor and gray areas that exist somewhere between the 15 years of the war in Iraq and Afghanistan. Writers include sisters, soldiers, citizens, lovers, and scholars who have each been exposed to and left to make sense of the world and people around them. And, to Anderson’s credit, it is not a book about war, but rather about the realities of humans facing the ripple effects and consequences of war.

The war exists in these responses as the elephant in the room, and sometimes it is the expanding balloon that is ready to pop. Each story paints a complex picture that feels so relaxed and at ease because the stories come from more than those directly tied to war through service. Filled with honesty, love, and, so often, hurt, these stories captivate in a way that is uniquely human and uniquely mundane. As stated in the book’s summary, “These personal responses to war in Iraq and Afghanistan have been selected from War, Literature & the Arts: An International Journal of the Humanities” and aims to dismantle ignorance around what war does to many people — not just simply to those who are actively a part of it.

This book achieves its goal. It takes you through the gamut of human emotion and forces readers to stop and see themselves in people with whom they may otherwise share no obvious connection. Each response is brief, and rationally doesn’t feel like enough, but Anderson expertly gives only needed information, which forces readers to question what each story could mean, does mean and will mean by its end. Quagmire pushes new perspectives on the subtle nuances of humanity and turns each story into memorable snippets of a life not far from your own.

I recommend this book to anyone interested in exploring a world that shares not only humanity’s mundane surface, but also its monstrous presence underneath. This book will make you cry and laugh and grit your teeth, but it’s all a part of the process of connection. This is not the story of war. It is not intent on making martyrs or villains, but simply sharing what family dinners look like after war, how prayer sounds in a foreign land, and where curiosity can lead us when we truly listen to each other. 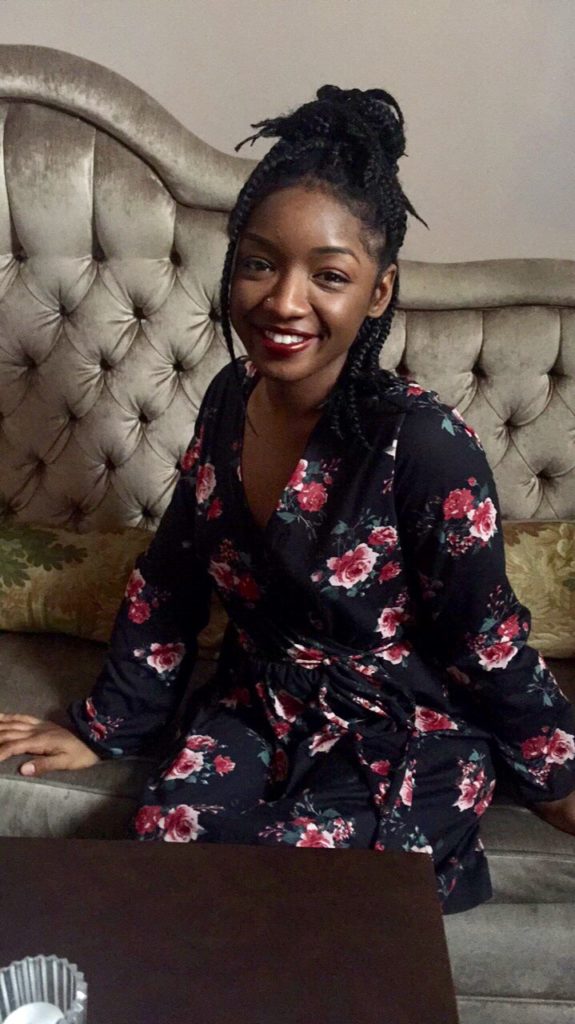 Daphnee McMaster is a graduate of Lehigh University with a Bachelor of Arts degree in Global Studies and English and a minor in creative writing. She enjoys reviewing books and films that center BIPOC stories and elevate cultural perspectives. Daphnee currently works in the music industry and enjoys the amount of access she has to new creative content daily. When she is not working on projects in film, she enjoys writing, acting, and averting some new crisis. Her love of travel, people, and understanding the globalized world has led her to great opportunities and she hopes it will lead her to more.