We are excited to feature this conversation between Dr. Tamara MC and Adiba Nelson.

Adiba Nelson is the author of Ain’t that a Mother (Blackstone, May 2022) a hilarious and heartbreaking memoir about motherhood, palsy, and all the deets in-between. Adiba’s voice is unabashed, unflinchingly honest, and disrupts any stereotypes you may have about motherhood.

Adiba is from my hometown Tucson, Arizona. Yoyoyo, West Coast writers in da house. We also both attended the same low-income, never going to get outta hell high school—go Panthers! We were supposed to meet up for an in-person interview in a quaint coffee shop and nibble on scones and salad greens, but I thought I might be on my second round of La Rona, so we had a Zoom-errific meet up instead. Here’s a glimpse into our fun conversation, which is an understatement because everything about Adiba is fierce and fabulous! 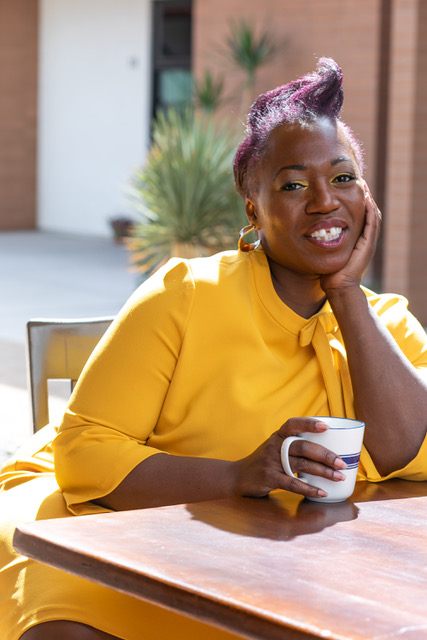 Tamara MC: I love your cover! Many authors don’t have input into their covers but yours seems tailor made just for you. Can you tell me about your cover?

Adiba Nelson: Yes! I love the cover too! Initially my publisher wanted to use my author photo as the cover, and I said IMMEDIATELY NO. I mean, don’t get me wrong, it’s a lovely picture— one of my faves! But that is the picture of a very nice, palatable, got-her-shit-together, PTA attending Black lady. My friends would see that on the cover, and it would be like The Color Purple—”HARPO—WHO DIS WOMAN???”

So, I asked the publisher if I could do a photo shoot and send them the best photos. They thought it was a great idea, and so I had an all day shoot with the amazing Caroline King, and we shot five super fun, super ADIBA looks, including me in a kiddie pool with a juice box and rotary phone, me in the kitchen holding a flaming pie and looking very “oh my!” and me in the bathtub decked out in jewels and munching on chocolate chip cookies and a glass of milk in a champagne glass.

The cover shot, with the piñata, was probably the most fun, and most accurate depiction of my journey to and through motherhood. Ya think you’re getting a party… and you are… but also… some other very unexpected things… hence the very full champagne glass in my hand! 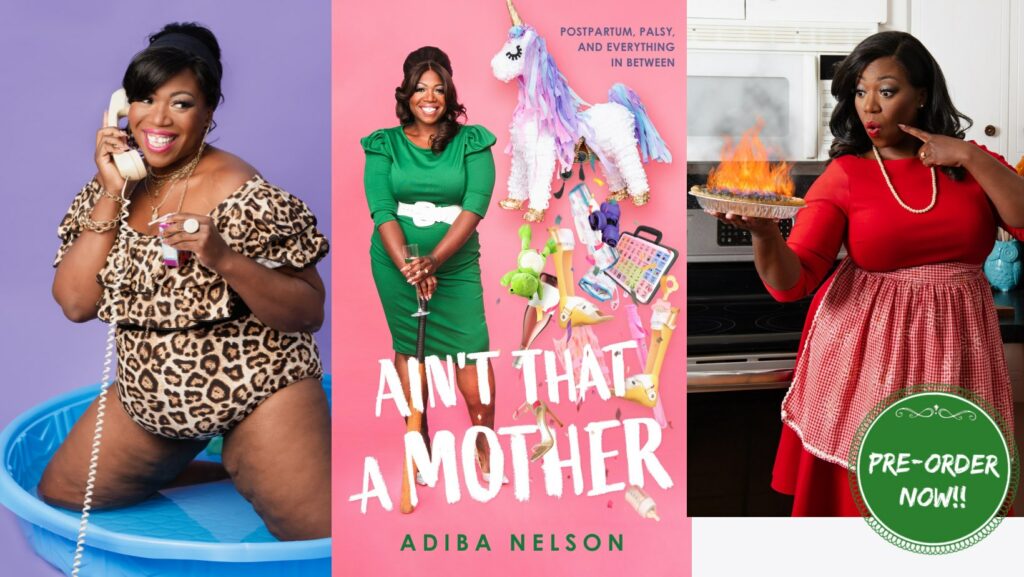 TMC: Can you talk about your publishing experience? How long did your memoir take to write? To find a literary agent? To find a publisher?

AN: Well, the entire thing, from first pitch to book on shelves took a little over four years. My agent story is not the average agent story so I’m always a little hesitant to share it, but essentially I came to Jess through a friend of a friend of a friend who connected me to Jess’s colleague who was trying to sell my children’s book, and when that didn’t happen she handed me over to Jess because everyone who rejected my children’s book thought I should write a memoir.

Then once Jess had it, it took another almost 2 years to sell it to a publisher. I actually sold it AND wrote it during Covid! I got my deal in May 2020, and turned it in January 2021 (I’d already written 3 sample chapters, so I had 11 more to write, in 6 months).

TMC: I know you wrote a children’s book before your memoir. Can you tell me more?

AN: So, I rage wrote Meet ClaraBelle Blue. I was incredibly frustrated after a trip to Barnes and Noble and finding NOTHING that my daughter could see herself in—Black, girl, disabled. There was absolutely nothing. Angry as I’ll get out and determined to have my daughter see herself represented in this world, I went home and wrote Meet ClaraBelle Blue.

I’d initially intended for it to be just for her. However, my cousin convinced me to try to publish it because he said, “If she’s not seeing herself, you know thousands of kids aren’t seeing themselves either.” And so I tried to find an agent for it and got nowhere. So then I tried querying publishers and they also turned me down. One agent literally told me that the world wasn’t ready for a book like mine—a little black disabled girl having the best time just being a kid. I’m not the girl who typically takes no for an answer, so I figured out how to self publish, and the rest is history—close to 7,000 copies sold (if not just over) of the book no one wanted. 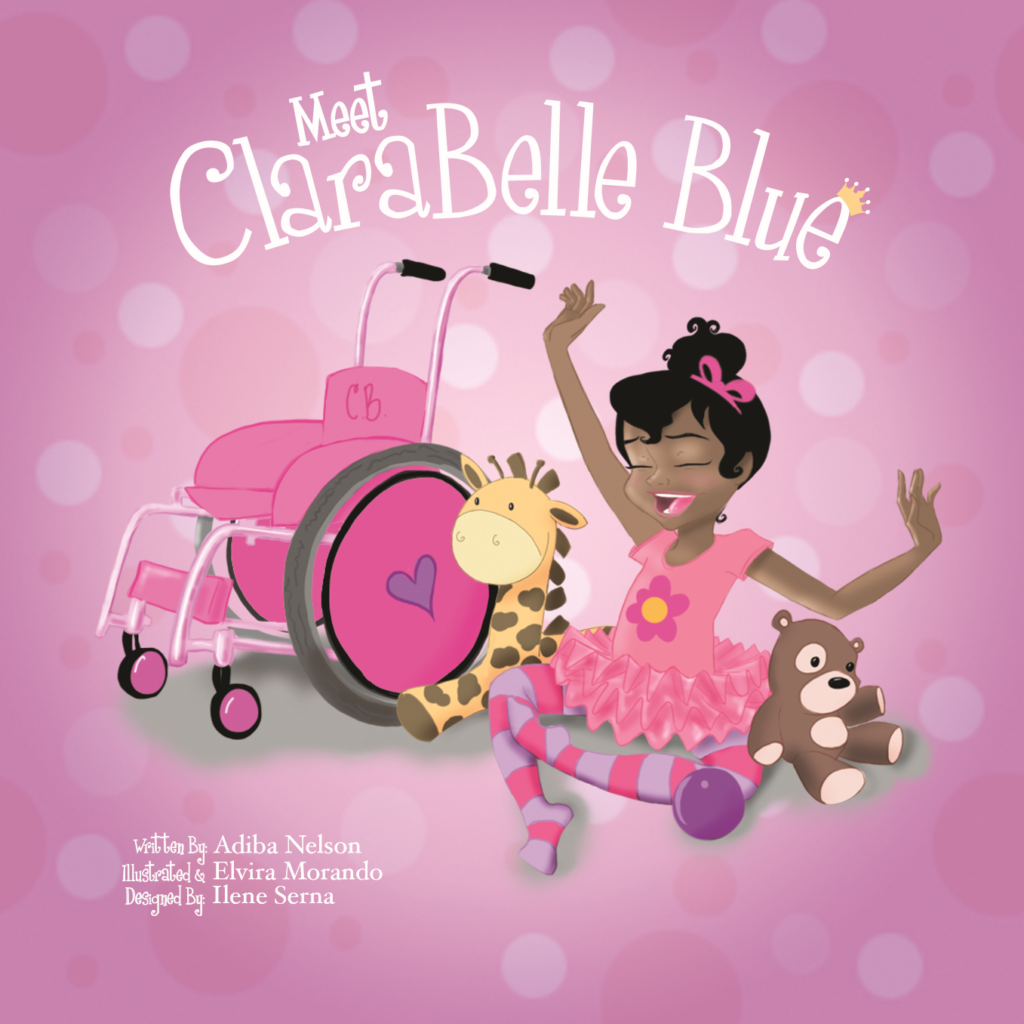 TMC: One of my favorite parts of your book are the footnotes. How did you decide to use them? Did your agent or publisher have a problem with them?

AN: Notice I’m a little bit long winded. So, I would have these thoughts that needed context, so as I was writing, I was thinking about the reader. Now girl, let me just take your judgment and put it right here because I know exactly what you’re thinking because I’d be thinking the exact same thing. Just so you know, we’re in the same judgment boat together. I had a really lovely, lovely editor that I worked with. She is the executive editor of Kindred by Parents, Kelly Glass, and she was for it. She’s was like, we’re leaving it in. This is who you are. This is how you think. This is how you speak. The publisher was actually fine with it too. They actually really liked the footnotes.

TMC: What advice do you have for debut authors?

AN: Write the book. Write the poem. Write the graphic novel, screenplay, or stage play. Whatever it is—write it. And if everyone tells you they can’t or don’t want to produce it/publish it, figure out a way to do it yourself. It’s not easy. It will test everything in you. But it will be so worth it in the end. And for writers of color, specifically Black writers – ASK FOR WHAT YOU NEED AND WANT. If you want a Black editor, ask for one. If they say they don’t have one, tell them to PROVIDE A LIST OF BLACK EDITORS. If you want a Black artist or photographer to design your cover, ask for one. If they say they don’t have one, say, PROVIDE A LIST. And this ESPECIALLY stands true for getting the right publicist and marketing strategy for your work. Our markets, our communities, and our outlets are not like those of mainstream White America. There is an inherent trust that is either built-in by way of community, or trust built *up* by way of having built a business relationship. There is an understanding of how to speak to us and about us that only WE understand. So make sure that whoever is representing you not only understands YOU but also understands YOUR CULTURAL COMMUNITY. 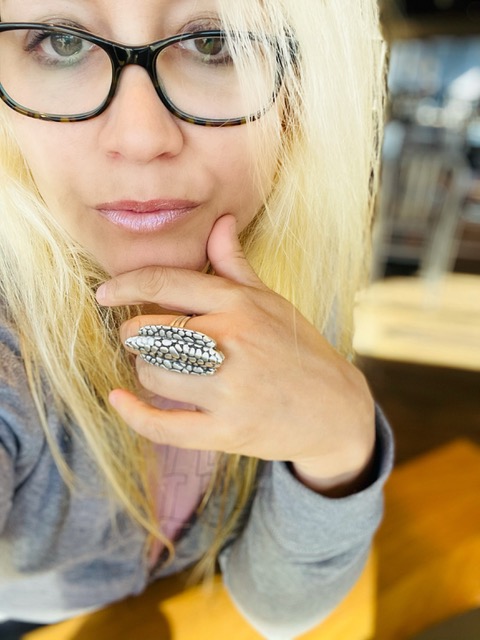 Dr. Tamara MC is an applied linguist who researches language, culture, and identity in the Middle East and beyond. She’s the founder/president of Muslim Jewish Love, a nonprofit that spreads peace, love, and joy between Muslims and Jews worldwide. Dr. MC studied poetry and creative nonfiction at Columbia University.

Tamara’s been granted numerous residencies and fellowships, including Bread Loaf, Iowa Writers’ Workshop, Sewanee, Ragdale, Cave Canem, and Vermont Studio Center.She’s widely published in places such as Salon, The Independent, Parents Magazine, Food52, and Tiny House Magazine. She was awarded the Pauline Scheer Fellowship and recently graduated from GrubStreet’s Memoir Incubator. She wrote her debut memoir, CHILD BRIDE about her marriage at 12, for which she is seeking representation.